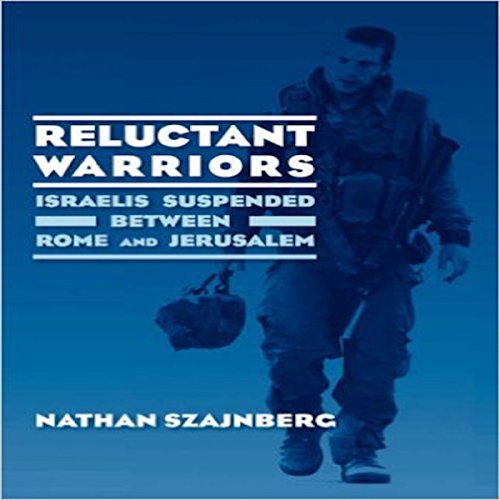 Here are elite soldiers, kibbutz-born, battle-bred. Their stories reveal their minds and souls, and what has tempered and annealed their hearts. They are citizen soldiers all - many officers - who refused career military appointments and returned to civilian life, as much as one can be a civilian in Israel. Descendants of Isaac who, like modern-day Ishmaels, seek peace while pursuing the Leviathan of war. Or are pursued by it. They also search for inner peace.

These men and this author were transformed by the Second Intifada over a four- year period. I began this book in an era of hope following Oslo. In the political shambles after President Clinton's desperate and failed Taba diplomacy, it grew in complexity. I write today at the re-dawn of dimmed hope following Saddam Hussein's & Kaddafi's downfall, ; Arafat's death, but also Lebanon's Hariri murder. Much has changed since then.

A psychoanalyst by profession, five years ago I completed a book about American youth, their journeys, successes and failures, from birth through 30. All but one of the 76 interviewees had navigated the inner turmoil of adolescence and young adulthood via the relatively pacific waters of college. In 1999, I met an Israeli graduate student at a Hanukah party who asked me what I had learned about Americans. He listened closely, then quietly remarked how different it was to become a young man in the Israeli army. To understand Israel, he continued, one must understand its army. And so, a year later, in the fall of 2000, I decided at least to try to understand that society.

Before I left, I returned to a book - Children of the Dream - written by Bruno Bettelheim, one of my teachers. It is frequently misquoted, misunderstood. Bettelheim recounts the extraordinary job the kibbutzim do in communal rearing of children.

Reluctant Warriors follows these children from late adolescence into young adulthood. Let us follow them together.