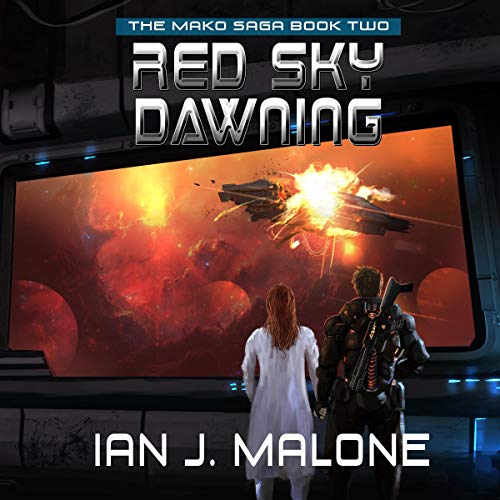 Five years after the historic Battle of Dulaston, Lee Summerston and the Renegades have settled nicely into life on Aura - and none more so than Danny Tucker. Fueled by a rising career as an ASC staff sergeant and a love unlike any he’s ever known, Danny is in the prime of his life and is at last free from the demons that have stalked him for years.

Some demons never die, though, and when an old enemy comes to settle a personal score, Danny soon finds himself - and the woman of his dreams - swept up in the backlash of a climaxing civil war and straight into the crosshairs of a father’s bloodlust for revenge.

The clock on the war is ticking, only now there’s more at stake than anyone can possibly know as an enemy from the past may tilt the war in an unexpected direction, and the Renegades may be called to give their lives to save their adopted homeland.

Red Sky Dawning is the tale of Danny Tucker’s quest to bury his past and protect those dearest to him as the fates of billions hang in the balance. This time, however, the cavalry won’t be there to save him.

Same author and narrator, different results.
Book two of the Mako Saga starts 5 years after book one and focuses on Danny instead of Lee. All of our familiar characters are present but life has changed.
This book has all the same issues as the first but they are not as notable in this story. Really enjoyed this book and I was really drawn in to it. This book would not let me put it down.
Narrator was the same but he just fit this story better than the last one.
I can easily recommend this series and I am ready for the next one.

I received this free review audiobook and have voluntarily left this review.

A well written saga. The author manages to pull you along this sometimes gut wrenching, sometimes sweet, sometimes hysterical story. The characters as a whole are tough and fun. And the antagonist oozes evil. When does the next one come out?