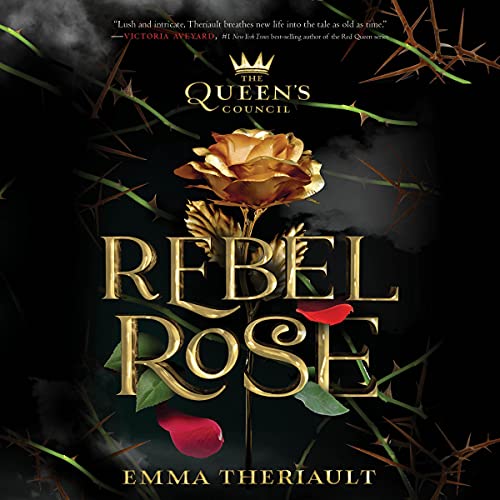 Torn between two worlds, neither of which she truly belongs...

Happily ever after is only the beginning as Belle takes on the responsibility of becoming queen and learns to balance duty, love, and sacrifice, all while navigating dark political intrigue - and a touch of magic.

It's 1789, and France is on the brink of revolution. Belle has broken the enchantress' curse, restoring the Beast to his human form and bringing life back to their castle in the principality of Aveyon. But in Paris, the fires of change are burning, and it's only a matter of time before the rebellion arrives on their doorstep.

Not so very long ago, Belle dreamed of leaving her provincial home for a life of adventure. Now she finds herself living in a lush palace, torn between her past as a commoner and her future as royalty. While Belle grapples with her newfound position, there are those who would do anything to keep her from power. When she stumbles across a magic mirror that holds a dire warning, Belle wants nothing more than to ignore the mysterious voice calling her to accept a crown she never desired. But violent factions of the revolution may already be lurking within her own castle, and doing nothing would endanger everything she holds dear. With the fate of her country, her love, and her life at stake, Belle must decide if she is ready to embrace her own strength - and the magic that ties her to so many female rulers before her - to become the queen she is meant to be.

Rebel Rose continues the story of one of Disney's most beloved classics, Beauty and the Beast. It is the first in the Queen's Council series, an empowering fairy tale reimagining of the Disney Princesses - and the real history behind their stories - like you've never seen before.