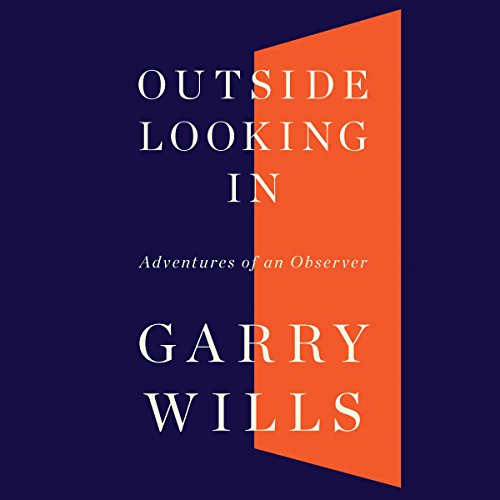 "Garry Wills is not only one of the country's most distinguished intellectuals but also one of its most provacative." (The New York Times Book Review)

Bookish and retiring, Garry Wills has been an outsider in the academy, in journalism, even in his church. Yet these qualities have, paradoxically, prompted people to share intimate insights with him - perhaps because he is not a rival, a competitor, or a threat. Sometimes this made him the prey of con men, like conspiratorialist Mark Lane or civil rights leader James Bevel. At other times it led to close friendship with such people as William F. Buckley, Jr., or singer Beverly Sills. The result is the most personal book Wills has ever written.

With his dazzling style and journalist's eye for detail, Wills brings history to life, whether it's the civil rights movement; the protests against the Vietnam War; the presidential campaigns of Richard Nixon, Jimmy Carter, and Bill Clinton; or the set of Oliver Stone's Nixon. Illuminating and provocative, Outside Looking In is a compelling chronicle of an original thinker at work in remarkable times.