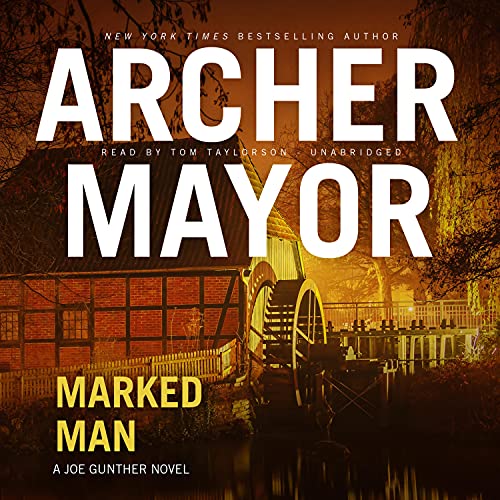 The death of a local millionaire becomes suspicious when Joe Gunther learns that he was not who he claimed.

A year ago, local philanthropist and millionaire Nathan Lyon died a natural death in his sprawling mansion, a 150,000-square-foot converted mill, surrounded by his loving, attentive family. Or so it seemed at the time. Now Joe Gunther and his Vermont Bureau of Investigation team has discovered that almost nothing about that story was true. Nathan Lyon was actually Nick Bianchi from Providence, Rhode Island. His money came from Mafia-tainted sources. And his family now seems to be dying themselves, and their deaths are now revealed to be murders.

As Gunther’s team desperately works to uncover what is going on at the Mill, who is responsible, and what they are trying to accomplish, Joe himself travels to Rhode Island to look into the original source of the money. While the police are doing their jobs, private investigator Sally Kravitz teams up with reporter Rachel Reiling to expose the truth behind this tangled and expanding web of duplicity, greed, and obsession. Having betrayed many, it’s no surprise that Nathan Lyon was a marked man. But now Gunther has to figure out who, among the many, killed him, and stop them before their killing spree claims another.

This one was way too convoluted and the ending was contrived. I did appreciate Willy’s seeming to be less troubled, more settled, collegial and almost kind.

A lot of the characters have the same voices and speech patterns, especially the women.

A fantastic trip back to Vermont! Never get enough of Joe and the gang.

After buying the first book of this series, I found to my wonderment, that most of the rest of the series is free with the audible membership. Great character development, no two books alike, I felt like I dropped into Christmas. This gift could not have happened at a better time.

For me real life has become a mess of lies, fake news, greed and an apparent total lack of any kind of moral code or ethics even those who have taken a public pledge to be faithful to democracy. As the air we breath becomes more polluted by a virus we can't see, humans core of selfishness has grown faster than the bug. Citizens total lack of knowledge of even basic principles of civics and science seems unconscionable to me.

In the books only the “bad guys” are the liars, cheats, and I don't give a D--- about the rest of the country, I hope our society can be better than this.

I just hope in real life this doesn't just happen in Vermont.

I've read all the books in this series. This one just felt mediocre, and I am a fan.

I can’t get enough of Joe and his team! This was yet another great book by Archer Mayor and narrated by Tom Taylorson, I don’t know what a Gunther novel without Taylorson would be like! It certainly wouldn’t be the same!! Nice that Joe and the Doctor are still together and Gail is gone!! Hopefully more Gunther books will come out soon, it drives me batty having to wait

I loved it - it was well paced and intricate. Bomb ending as per usual!

The latest and long awaited for novel in the Joe Gunther series,and definitely worth the wait. As always, the story was riveting. And Tom Taylorson gave another excellent performance.
A definite must read.

This is a wonderful series.

The action is fast paced and the characters are well developed.