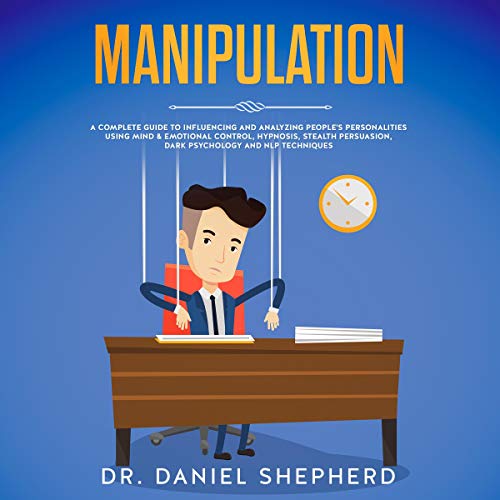 When we think of manipulation, we often think of gurus of sectarian movements, unscrupulous businessmen, etc. Yet manipulation is far more widespread than it seems. It is a part of life and it is the very foundation of society.

Manipulation is first and foremost a collective affair. It is a cultural and historical fact: religions, science, and politics have always influenced men. At the time when religion was predominant, the clergy manipulated the masses. Today, the media influences millions of people.

Every day we are forced to interact with others, and these interactions are governed by more or less visible manipulations.

For example, if your baker advertises a promotion on croissants, you are tempted to buy some, but it may be manipulation on his part. The same thing applies if a shoe store salesman tells you that it is the last pair in stock. Although this could be either true or false, this information may make you pull out your wallet. Similarly, when a mother asks her child to choose between tidying up his room and cleaning the whole house, she is using manipulation techniques.

This audiobook will teach you how not to confuse manipulation and "manipulators”.

In our personal and professional life, manipulation creates a rift between individuals. It is not because one "manipulates" one's colleagues or one's love from time to time that one becomes an infamous manipulator. Imagine not being able to ask for a favor from a relative? Is your boss a manipulator because he asks you to work 30 minutes more each day without paying you more? Without manipulation, our society would be static without any possibility of evolution.

In this audiobook, you will learn to identify manipulation techniques and it will show how you use them regularly.

You will also learn about positive manipulation, a form of manipulation that never hurts others. Finally, you will learn techniques of persuasion and communication that may have influenced you in the past.

The purpose of this audiobook is also to reveal the tricks of manipulation so that you can spot them in your everyday life - and, if necessary, protect yourself from them.

Order this audiobook now and delve into the world of manipulation!!

I'm happy to purchase this book

From this book you will get a lots of helpful information about manipulation. I found this book very intriguing as it helps you learn how to work with people’s mind and take advantage of their innermost feeling and wants and get whatever we want from them. I'm happy to purchase this book.

It's contains really useful information especially for anyone who want to learned about Dark Psychology and Manipulation Techniques. This book extraordinary cause all of this book tips are really helpful. I would must suggest this book to anyone. It is really good one.

In this book have so many information

This is the book has given me the certainty to begin my adventure in achieving my objectives and persuading others that my choices matter. The author gave me to understand Manipulation techniques that helped me a lots. This book played an extremely supportive role.

This is an extraordinary learning audiobook

The author's tips and tricks were a great bonus. I learned everything about Manipulation and Dark Psychology from this audio-book. All the information you get in this book was so helpful to Analyzing People’s Personalities Using Mind & Emotional Control. This is an extraordinary learning audiobook.

I have become realized well from this audiobook

Suggested this audiobook to all.

You will also learn about positive manipulation, a form of manipulation that never hurts others. Finally, you will learn techniques of persuasion and communication that may have influenced you in the past. The purpose of this audio book is also to reveal the tricks of manipulation so that you can spot them in your everyday life - and, if necessary, protect yourself from them.

I'm impressed with this guidebook.

This was an extraordinary audio book regarding the matter to acquaint me with the fundamental ideas.The author did the extraordinary activity here it was straightforward the way he presented.The motivation behind this audio book is likewise to uncover the stunts of control with the goal that you can spot them in your regular day to day existence and if vital shield yourself from them.

I learned a lot from this audible

This audible provides a great way of instruction

This is the audioaudible has given me the certainty to begin my adventure in achieving my objectives and persuading others that my choices matter.

This audible is engaging in-depth on this theme

This audible listened to with Satisfactory

Its an excellent audioaudible for manipulation. I learned some outstanding tips from this audioaudible. I got some incredible techniques and it helps me to understand people easily.

Learn the psychological tricks and techniques the pros use every day, and become the master of communication with this highly effective method of manipulation.

A massive audible about this topic

I enjoyed the audioaudible. The author speaks plainly and doesn't throw in a bunch of unnecessary filler. Its a good listen if your looking for self improvement.

Facile to detect the direction and clear examples

Mostly stuff that's been written before and way too long, very repetitive and came across as a 2.2 university assignment. The narrator was weak with too many mispronunciations .

It is one of the best audible!

This audio book helps me to pick up everything that I have to think about impacting other individuals' mentalities. It's an excellent audio book for manipulation. I learned some outstanding tips from this audio book.

I learned many effective things from this audible.

This audio book you might notice a lot of other. It was an easy listen with good information .reviews they've made, many on the same day.

I just need one such audio book to learn how to control my negative thoughts. I actually didn't know about manipulating self thoughts before.The audio book ended up being a collection.

I enjoyed the audio book. The author speaks plainly and doesn't throw in a bunch of unnecessary filler. Its a good listen if your looking for self improvement.