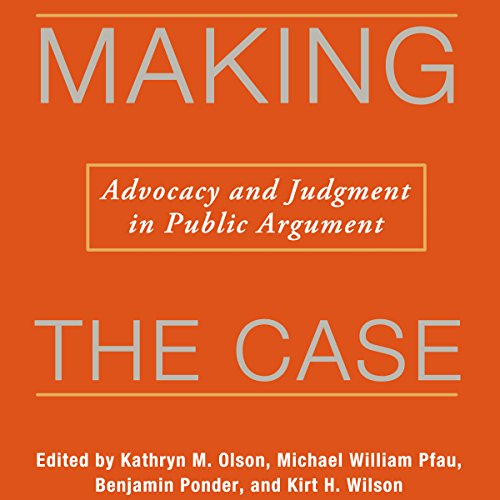 " Making the Case offers examples of why careful, case-based, prudential criticism leads to scholarship that is wise and ennobling." (Stephen John Hartnett, Associate Professor and Chair of the Department of Communication at the University of Colorado-Denver)

In an era when the value of the humanities and qualitative inquiry has been questioned in academia and beyond, Making the Case is an engaging and timely collection that brings together a veritable who's who of public address scholars to illustrate the power of case-based scholarly argument and to demonstrate how critical inquiry into a specific moment speaks to general contexts and theories.

Providing both a theoretical framework and a wealth of historically situated texts, Making the Case spans from Homeric Greece to 21st century America. The authors examine the dynamic interplay of texts and their concomitant rhetorical situations by drawing on a number of case studies, including controversial constitutional arguments put forward by activists and presidents in the 19th century, inventive economic pivots by Franklin Roosevelt and Alan Greenspan, and the rhetorical trajectory and method of Barack Obama.

Making the Case: Advocacy and Judgment in Public Argumentに寄せられたリスナーの声