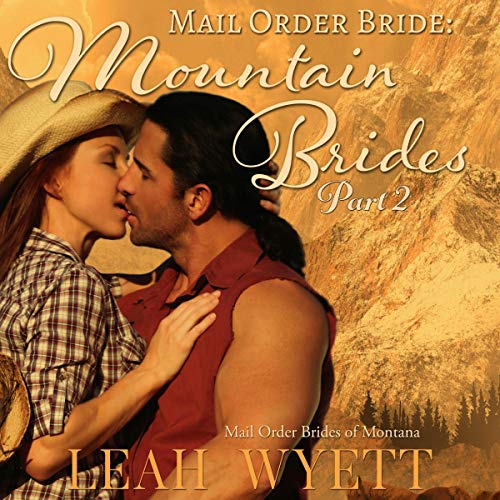 This is second book in the Mountain Brides series.

In 1888, there weren’t many opportunities for a young girl of only 18 to support herself in a place like Galveston, Texas, unless she was willing to compromise her principles. That was why Jessica’s guardian, an old man who had owed her late father a debt, proposes she become a mail-order bride. That and because Jessica wasn’t easy to support. Flaherty, her guardian, had spent a great deal more than what he’d owed her father maintaining her lifestyle. He was tired and ready for someone else to take that burden on.

Jessica agreed to pick a husband, thinking that at the last minute, Flaherty would change his mind and beg her not to go. Fate had different ideas, however, and just after she chose one, old man Flaherty went to his grave. Jessica was once again flabbergasted to find out that he’d left all of his money to the local orphanage and nothing to her. She was forced to follow through with the wedding out of necessity.

Clint was raising five children and trying to run a ranch. If not for the help of the church ladies, they would all go under. The ladies have an idea to get them all out of the mess.... A mail order bride.... Would it help Clint, or just make his life more complicated in the end.

Along with Clint and Jessica, keep up with what’s happening with Jeremiah and his new bride, Clarissa, and his son Colton, who may or may not be evil.

The day the sheriff showed up at their door to tell them that their father was dead, shot in a robbery at the bank, everything began to unravel. Suddenly people were telling them things about their father, Grace’s devoted husband that didn’t make sense. He was a gambler and a philanderer...and a thief?