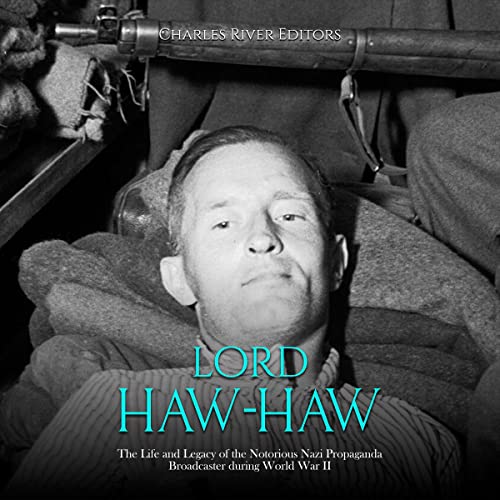 Lord Haw-Haw: The Life and Legacy of the Notorious Nazi Propaganda Broadcaster During World War II

"Apart from my absolute belief in National Socialism and my conviction of Hitler's superhuman heroism, I had always been attracted to Germany.” (Lord Haw-Haw).

In Britain, state broadcasting began at 18:00 on November 22, 1922 when Arthur Burrows, the Director of Programmes at the newly formed British Broadcasting Company, announced, “This is 2LO, Marconi House, London calling”. “London calling” became a key phrase used in broadcasts by the BBC. When the service began, most listeners were hobbyists who had their own radio receivers. In 1922, around 30,000 people in the UK had radio receiver licenses. The increasing availability of commercial radio sets meant that by the outbreak of World War II in September 1939, there were more than nine million licenses reaching many more listeners, so radio became as important as newspapers in disseminating news.

It also began to be recognized as a potential tool for spreading propaganda. In 1932, the BBC began the Empire Service (later to become the World Service) which broadcast radio programs which could received in many parts of the world. Other countries also began their own state broadcasting companies and the value of the new medium in terms of propaganda was quickly recognized. For the first time, a state could disseminate information intended not just for its own population, but as a means of influencing the enemy.

The subtle art of propaganda campaigns directed against one’s enemies has been a feature of war since ancient times. However, its potential for mass psychological impact created a new paradigm with the invention of modern electronic communications. Every nation involved in the Second World War possessed an agency devoted to the mission of demoralizing and misleading the enemy, and virtually all artistic genres participated.

In Germany, the most threatening and caustic radio personality was Mildred Gillars, known to the troops as the foreboding “Axis Sally”, but in Britain, one Nazi broadcaster became famous above all others. The man who became known as “Lord Haw-Haw” broadcast daily programs from Germany, introduced with a deliberate parody of the BBC by using the words “Germany calling...”. These propaganda broadcasts were widely derided in Britain, but thousands listened to them every day and the distinctive voice of Lord Haw-Haw became as instantly recognizable to listeners in the UK as that of Prime Minster Winston Churchill. Although his accent was odd, he appeared to be British, leading so many of the Britons who listened to him to wonder who he was, and why he was broadcasting on behalf of the Nazis.

As it turned out, Lord Haw-Haw was an American who had moved among fascist circles in Britain before moving to Germany shortly before the war. He specialized in acidic diatribes against the men and women working for the Western Allies, broadcasting from Berlin and easily heard in London. Reports over the airwaves suggested that specific family members had died back home or that male siblings had been killed in action. Wives and girlfriends were reported to be unfaithful in a soldier’s absence by agencies who claimed to be aware of such matters. Enemy assaults upon the Allies’ willingness to fight were frequently followed with fictitious reports of American, British, or other collaborators’ defeats. Dire threats were levied against those serving in specific locations, with precise military information invoked for enhanced credibility.

Somewhat fittingly, Lord Haw-Haw’s impact on the war is still debated, and what happened to him at the end of the war is also the subject of arguments.

Lord Haw-Haw: The Life and Legacy of the Notorious Nazi Propaganda Broadcaster During World War IIに寄せられたリスナーの声

One can learn a lot about this man by listening to this 85 minute recording.

few details a readers digest version of the tale

narrator ok, just not enough details of the man and his story. a waste of time