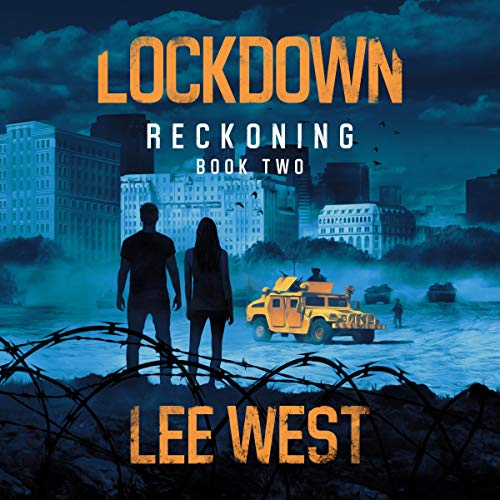 After narrowly escaping their doomed cruise ship and navigating treacherous waters to finally reach land, Joe and Meg Birch rapidly discover that the situation on shore is far grimmer than they had anticipated. The power is out, confirming their suspicion that an EMP destroyed the nation’s electrical grid - but the lack of electricity may be the least of their problems.

Everyone in the closest city and its surrounding suburbs has vanished. Gone without a trace. In place of the people, American soldiers and armored vehicles roam the streets; going door to door to forcibly haul away the few civilians that had resisted capture.

Disgusted by the mistreatment of civilians and determined not to end up in military custody, the group flees the city, seeking refuge - and answers.

What they discover along the way will shake their faith in the government to the core and convince them to find a permanent sanctuary as far from the city as possible.

Lockdown chronicles this perilous, heart-pounding journey to escape the barricaded city and uncover the truth about the mysterious disaster that has upended American society. A shocking truth none of them could have predicted.

my 6 year old grandson could right something more believable. Only worthwhile part was the reader.

In the first book, I felt the characters were just ok and figured they’d develop in to more likable people. Nope. I don’t care enough about any of these characters to care if they survive. If you can read just for the story line then it’s ok.