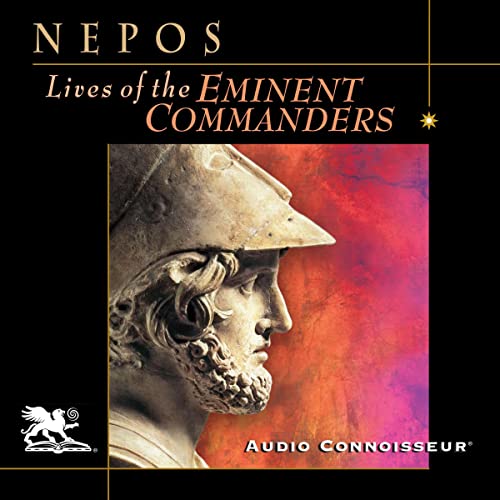 Lives of the Eminent Commanders

Cornelius Nepos was born in 110 B.C. and died around 25 B.C. He therefore came of age and lived his life during the golden age of Latin literature, though never himself considered among the front ranks of Latin writers. He was intimately acquainted with Cicero and Atticus, while the poet Catulus dedicated some of his poems to Nepos. But of the surviving work of Nepos, Lives of the Eminent Commanders is the only piece that has come down to us intact, and it was actually only one of a much larger set of volumes on foreign and Roman kings, generals, lawyers, orators, poets, historians, and philosophers.

Nepos was what we would describe today as a "popular" writer whose following consisted of a general audience rather than one which was made up of scholars and specialists. As such, his short biographies lack the length and precision of those written over a century later by Plutarch, who undoubtedly knew of the work of Nepos. But what makes the writing of Nepos highly original was his intent to endow his biographies with a moral purpose and to display the strengths and weaknesses of each great man. In this respect, Nepos was a kind of moral philosopher, though differing from Plutarch in that he did not make comparisons between pairs of great leaders. Even so, modern listeners will enjoy the work of Nepos and gain new insights into classical Greek leaders, among others.

Translated from the Latin by John Selby Watson.

Lives of the Eminent Commandersに寄せられたリスナーの声