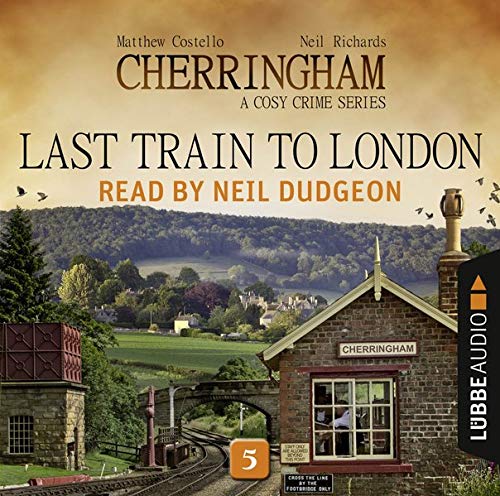 Cherringham is devastated. Otto Brendl, the likeable old man who had hosted the classic Punch-and-Judy show for the kids each summer, died suddenly of a heart attack. But while the memorial service is being planned, Jack becomes suspicious that Otto wasn't just the friendly man next door. Maybe there's more behind the heart attack? Soon Jack and Sarah are on the trail of a particularly sinister murderer - and together they will find that there's not only one kind of justice.

Can’t get enough of the duo. Neil Dudgeon is the best audio book reader ever. Feels like I go on vacation with every book I read:)

This was a particularly good listen. Intriguing story. Well read. As always, Neil Dudgeon is excellent as a reader.

It's great to see progress in all aspects of this story. Much better narrative too.

Ah, Cherringham, the murder capital of the Cotswolds, has lost its' puppeteer to murder. Why him? He's reclusive, secretive and keeps his puppets under lock and key. Now he's dead. Bring in the hometown investigating team and unlock this quick listen of another crime in Cherringham.
Neil Dudgeon did a great job at narrating this story.

I like the Cotswolds, but next time I'm there, I will watch my back.

I was hook at the 1st book of the series. When book 5 was over I didn't want it to end.

This wonderful series, which is being released in 2 to 2 1/2 hour sections, is simply delightful.

I had already read this story. My mistake instead of book collection 13-15 I somehow ended up with book 5! Very disappointed.

a listenable little story took a while to get the storyline. narration annoying at times