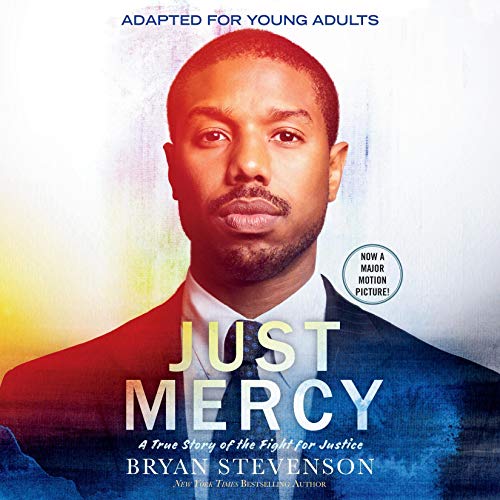 “Just Mercy is every bit as moving as To Kill a Mockingbird, and in some ways more so.... [It] demonstrates, as powerfully as any book on criminal justice that I’ve ever read, the extent to which brutality, unfairness, and racial bias continue to infect criminal law in the United States. But at the same time that [Bryan] Stevenson tells an utterly damning story of deep-seated and widespread injustice, he also recounts instances of human compassion, understanding, mercy, and justice that offer hope.... Just Mercy is a remarkable amalgam, at once a searing indictment of American criminal justice and a stirring testament to the salvation that fighting for the vulnerable sometimes yields.” (David Cole, The New York Review of Books)

“Inspiring...a work of style, substance and clarity...Stevenson is not only a great lawyer, he’s also a gifted writer and storyteller.” (The Washington Post)

“A searing, moving and infuriating memoir...Bryan Stevenson may, indeed, be America’s Mandela. For decades he has fought judges, prosecutors and police on behalf of those who are impoverished, black or both.... Injustice is easy not to notice when it affects people different from ourselves; that helps explain the obliviousness of our own generation to inequity today. We need to wake up. And that is why we need a Mandela in this country.” (Nicholas Kristof, The New York Times)

In this very personal work - adapted from the original number one best seller, which the New York Times calls "as compelling as To Kill a Mockingbird, and in some ways more so" - acclaimed lawyer and social justice advocate Bryan Stevenson offers a glimpse into the lives of the wrongfully imprisoned and his efforts to fight for their freedom.

Stevenson's story is one of working to protect basic human rights for the most vulnerable people in American society - the poor, the wrongly convicted, and those whose lives have been marked by discrimination and marginalization. Through this adaptation, young people of today will find themselves called to action and compassion in the pursuit of justice.

Proceeds of this book will go to charity to help in Stevenson's important work to benefit the voiceless and the vulnerable as they attempt to navigate the broken US justice system.

A Kirkus Reviews Best Book of the Year

Featured on CBS This Morning

A New York Public Library Best Book of the Year

Praise for Just Mercy: A True Story of the Fight for Justice:

"It's really exciting that young people are getting a version tailored for them." (Salon)

"Gripping.... What hangs in the balance is nothing less than the soul of a great nation." (Desmond Tutu, Nobel Peace Prize Laureate)

I had to read it for a class course and I’m glad my professor chose this book because this book is amazing! It’s very interesting and educated me how unfair the criminal justice system was back then. I highly recommend this book. Also, the book being available in audio was really convenient! I would listen to it every time I got into my car.

I love everything about this book. Made me cry both sad and happy tears. I’m praying for more people like Bryan that our world needs. I am a fan seeing and hearing people win, no matter what. God has BIG plans for Bryan and he saw that and is being the hands and feet our Father has called him to be.

I was in tears multiple times through this book. Bryan Stevenson’s story of “catching stones” and “just mercy” is so inspiring. I am grateful for his work and that he has shared that work with a broader audience. I would recommend this book to everyone.

The author was much better narrative in this version and you can still read the book.

Powerful, thought provoking and empowering! it i

Powerful. Thought provoking. Empowering. I loved the book and learned a great lesson about institutionalized racism in America.

So excited about this book—can’t wait to swap To Kill a Mockingbird out for this in next year’s English curriculum!

My kids had to read this for 11th grade AP English. I enjoy the book choices of their teachers so often read the books as well. This true story is not judgmental but thought-provoking; not intended to shame but to encourage us to change; not meant to make us sad but to respect the character of the people living this horror. I recommend for people from any background who want to continue to make the world better and learn from the mistakes of our past.

If I am alone, most likely I’m listening to a book. Over the years and 1,000 plus books, rarely do I find a five star reviewed book worthy of five stars. This isn’t one. This is 5+. Couldn’t stop listening. Deeply troubling, engaging, and moving.

I got this to read along with my son for a school project. Wow, how eye opening. I can’t believe I have been so blinded to such a travesty.

Bryan Stevenson does a fantastic job reading his story of social justice. He focuses on the story of Walter Macmillian, but also highlights the stories of dozens of other cases EJI fought for. This story helps the reader understand how justice is not always served for people of color, those in poverty, and those with disabilities.

This is the most important book I have ever read.

Beautifully written and narrated by the author, this book has to be read by everyone.

Listen to the book

I heard about this book from Glennon Doyle and was excited to find it had been made in to a film. The book is so much better and worth reading or listening to. There is much more to it than the one story told in the film. Enjoy.

Through Brian's just and merciful eyes, we get a glimpse into the horrors of the criminal justice system, alongside the victories and hope for reform. Amazing and inspirational.

A really hard listen. I don't know what to do with the anger I feel about the injustices. It's flabbergasting but all too sadly believable. The kind of book I can't stop talking about and recommending. Bryan Stevenson is a true hero

People should all die in God's schedule

The stories in this book is so moving. I wish Atty Stephenson can live forever to be able to help many more people in death rows to get the justice that they truly deserve. EJI is his legacy and what a beautiful legacy to leave. I wish that people can be colour-blind when it comes to people's race. We are all the same in God's eyes.

Loved every word. This was such an eye opener for me. Feel inspired to be a better person after listening to this book. Also, the author has a beautiful tone to his voice.

Thabk you for the wonderful inspiration

Speechless and sad. But also hopeful. I hope we all get a chance to heal our broken selves. Thank you

'The opposite of poverty is justice' - Bryan S

This book should be taught in schools. It is a rich lesson in compassion and understanding.

This book has changed my life so many times. I couldn’t make a higher recommendation. Thank you Bryan Stevenson for a life well lived.

We have gone a long way as a human evolution

Learnt alot about the human psyche, how fear can ruin people's lives and we should treat each other as equal. Easier said then done however we all need to try. I have a deeper meaning of perseverance vs resilience. Highly recommended

If only the world were full of more Bryan Stevenson's. It is heartbreaking hearing the stories of unjust, inhumane and absolutely terrifying treatment of human beings but it is a must read (listen). I sincerely hope and pray we no longer treat people in this manner but I'm sure there are still people being mistreated and wrongfully sentenced. You just can't believe what you're hearing and that it was allowed to go on for so long. It was definitely an education.

This was good but it was more educational and less story than I expected. The areas that had story were heartbreaking, gripping and very well told but there was lots of stats and information mixed in which wasn't really what I was wanting. Otherwise a powerful read.