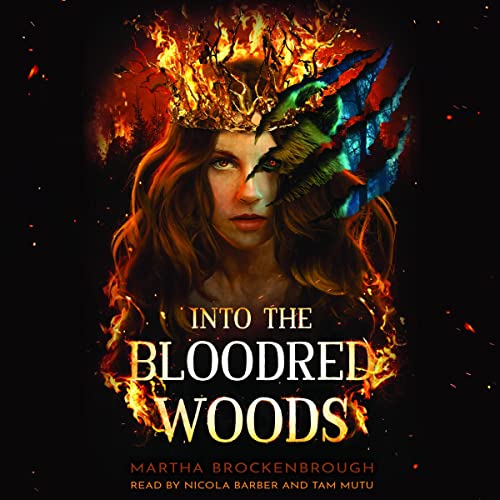 Into the Bloodred Woods

Once upon a time, there was a kingdom and a forest that liked to eat men and a girl who would change everything, but not alone....

Except - there's no such thing as once upon a time.

In a faraway land, populated by were beasts and surrounded by a powerful forest, lies a kingdom about to be sent into chaos.

On his deathbed, King Tyran divides his land, leaving half to each of his two children - so they'll rule together. However, his son, Albrecht, is not satisfied with half a kingdom. And even though his sister, Ursula, is the first born, he decides that as a girl and were-bear, she is unfit to rule. So he invades her land, slaughtering her people and most of the were-beasts, and claims it for himself. As King Albrecht builds his iron rule and an army of beasts to defend his reign, Ursula is gathering the survivors and making plans to seize back the kingdom. Not just her half - the whole thing. Because Albrecht should have never been allowed to sit on the throne, and Ursula is going to take his crown. And if he's not careful, he might not get to keep his head either.