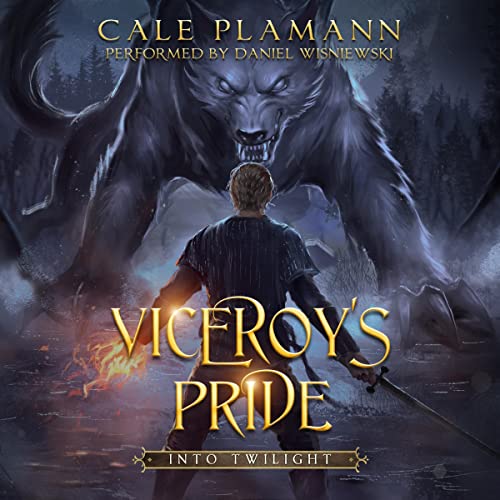 Seek out new life and civilizations. Kill them for their mana. Aliens are blown away by science.

Daniel Thrush is the only known human with the ability to learn the magic which runs the various empires of the universe. Earth is in the crosshairs of the Tellask Empire, a race that discovered magic millennia before humanity even mastered fire.

All known aliens focus on the arcane. Upon learning of magic, their technological progress all but halted as great voidships spread their colonies across the galaxy. For all of Earth's military might, their only hope is to incorporate the alien's magic into technology, to use the enemy's own tools to fight them.

The government is dead-set on transforming magic into a standard-issue weapon. That means finding monsters and harvesting their mana, usually after sticking them with a sword. Despite his better judgement, and the world on his shoulders, Daniel leaves Earth behind to bring them back a future.

Not recommended for readers with any SI slant

I didn't get too far into this. I just found the protagonist's whiny and socially awkward personality too much of a clash with my own to be enjoyable.

There are also two tiny nitpicks (massive for me though) that really tipped the scales.

Vocalising spells - especially when it's acknowledged he doesn't need to - is a massive red flag. It kind of screams to me that the author has never been in a fight before, or even thought about what it might be like... which didn't bode well for the rest of this action adventure.

The second is the old trope 'Omg, this power is making me do scary things boohoo.' I just don't think it adds anything here. It's more than enough that he's an inexperienced child, the rest is just cringe for me.

annoying. but an okay story.

book was good. Tired of hereing about how Samantha's constantly mentioned attraction to to other wemon. gets annoying and unnecessary. adds absolutely nothing to the story at all. just feels like the author is trying way to hard to please the lgbt people.

Series Could be Redeemed

So without spoiling the series any, the main character is the dumbest person to live. He's an electrical engineer who doesn't know how electricity works. He does what anyone tells him, regardless of how bad an idea it is. He becomes so addicted to mana that he becomes a murdering psychopath multiple times without realizing something was going on. Yet at the end of book 1 he realizes his problems and strives to fix them. If in book 2 he makes the same mistakes over and again, I will drop the series and suggest so to everyone. Yes big character changes are hard to make, but it's easy to make this change. Whenever any choice is given to you, think it through before making it. Whether someone is telling u what to do or there's a chance to do some drugs. Realize u have a choice.

It was not redeemed same shit different book.

Loved this book! The author tells a great story. It grabbed me from the beginning, and built with each page. I love this series, and don’t know how I will wait for the final book that is being released next month. I highly recommend it!

what a great book. plot is great and man i cant wait for book 2. so much can happen. worth your time and credit

It's a fantastic start to a new series. Amazing world building and intriguing magic system. if ya like litrpg give it a read. it's a really good introductory to the genre that will leave vets satisfied and hungry for more.

Fantastic beginning to a great story

Very great begin to what is sure to be a great story. I really enjoyed how the MC isn’t overpowered and is really not only growing as a person but with his powers.

I would highly recommend giving this book a listen

I absolutely loved the book. As well as the foreshadowing for the up and coming event. Can’t wait for book 2.

this was a great new take on the litrpg. from aliens elves landing on earth and being killed by modern tec and the government struggling to figure out how it worked. To ranking through aborbing the mana from the creature it looked. loved the combination of scif and fantasy giving the book an almost epic feel. the mc was a regular person with a weak mentality that was interesting to watch grow and fell into the same ruts but in a fantasy setting. watching him progress through that was great and can't wait to see where that goes. him getting addicted to mana was also a great way to introduced and common theme in a new way something that actually has bad repucassion. loved the combination of nano tec to world allowing it to be the one that helped manage mana and that magic was actually really hard to uses. overall this was amazing to read.

This is one of those for the long haul as although I found the story well written and the world building constructed with lots of attention it needed a bit more action.
Don't mistake this for not being done with great narration or overall not being a worthy listen but for some this may need quite a bit more attention as the progress does take a while.
I shall check out the books first then as I think shall happen the story picks up pace a lot then the audios will be next as rhe skills of Daniel make this moore than worthwhile to add to uour library.
I requested this audio and have decided to leave my thoughts for everyone to see.

Took me a while to get used to the narration which sounded like Troy McClure, but once your in the grips of the story you’re absorbed.

Well worth a listen

Every character the MC meets is manipulative and mildly antagonistic at best, especially the women in his life - I mean, I get it from a character development POV, and to be fair there aren't that many characters in the series so far, but I really hope the MC's lonely journey improves in future books.
Daniel Wisniewski rocks this one, despite flying solo for this series.

Great start to something that could be amazing!

The way the story progresses is steady and easy to absorb, its definitely a great new angle for gamelit. I enjoyed the growth of the MC and the understanding of his mental state.

My only problem was it felt like this book was a tutorial island experience with alot less side characters than would be expected for someone travelling to another world.

I will definitely be excited to listen to book 2 and feel this series could become one of the more intriguing storylines in the wide world of gamelit and litrpg.