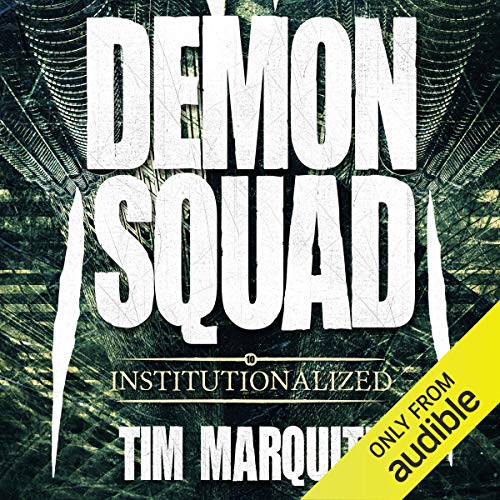 Blood on his hands, bridges burnt, ancient entities unleashed, the world falling into chaos, and it's all Frank "Triggaltheron" Trigg's fault. So what does he do?

He joins the enemy, of course.

Out of options, Frank surrenders to the DSI in hopes of working out a deal that will save DRAC and end the supernatural rebellion he instigated. As it turns out, the punishment for his crimes is the absolute worst thing he could imagine.

They offer him a job.

Now tasked to hunt down the former head of the DSI, Frank is caught up in a chess match that just might determine the fate of the universe.

My favorite series keeps getting better!

I discovered this series a couple of years ago and have been engrossed with it ever since. I think it is easily as good as anything in the urban fantasy genre, and better than most. From characters, plotting, dialogue, setting and general attitude, this series is my champion for Urban Fantasy, edging out my beloved Dresden Files. Ok, now on with the review.
After the events of Aftermath, where Frank basically is blackmailed into working to stop the original gods of this universe from being released from their interdimensional prison, Frank Trigg, aka Triggaltheron, son of the absent Lucifer, and now the reigning monarch of Hell, for what thats worth, is coerced into taking over the DSI, the US governments secret squirrel department tasked with handling the supernatural, and hunting down its former director, Rebecca Shaw. Unfortunately, she seems to be one step ahead in her plan to unleash a horde of ancient gods onto earth, in a quest to destroy the leadership of the DSI. Can Frank and the DSI team keep Shaw from completing her goals, while keeping the DSI brass from erasing them? Only one way to find out, and thats listening!
As always, the characters are what make these stories great. Even the minor characters are well rounded, and play integral parts of the story. Frank's evolution has been amazing, going from basically a low level thug character to Superpowered Lucifer, all while somehow keeping his humanity. His feelings about his murdered love, Kirra, and their daughter Abigail and her safety really resonate. It really gives the character humanity. Still a lot of quality dialogue, filled with snark, self-depricating humor, and just well thought out prose. The plotting is fast paced, but logical in the framework. As always, the fight and battle scenes are things of beauty, and I think they are the best in the business, regardless of genre. Visceral, realistic and pulse pounding excitement. The author also avoids all the needless exposition that so bogs down and pads novels today, stripping it down to the essentials to tell a taut, lean urban fantasy tale.
As far as narration, what can I say? Noah Michael Levine. If you are familiar with his work, then you know that means quality narration. Lots of different voices, accents, tones, and a narrative flow and pacing that is top notch. He really helps bring the story to life. This is a must listen for any fan of urban fantasy!