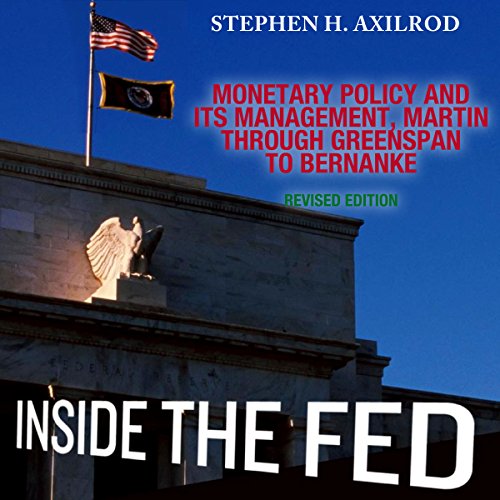 "Informative and insightful, this view of the inner workings of the Fed will appeal to anyone with an interest in economics or curious about the organization's recent progression." ( Publishers Weekly)

Stephen Axilrod is the ultimate Federal Reserve insider. He worked at the Fed's Board of Governors for over 30 years and after that in private markets and as a consultant on monetary policy. With Inside the Fed, he offers his unique perspective on the inner workings of the Federal Reserve System during the last 50 years - writing about personalities as much as policy - based on his knowledge and observations of every Fed chairman since 1951. He describes, for example, Arthur Burns's response to political pressure from the Nixon White House and Paul Volcker's radical shift to an anti-inflationary policy at the end of the 1970s - a transition in which Axilrod himself played a crucial role. As for the Greenspan years, Axilrod points to the unintended effects of the Fed's newfound "garrulousness" (the plethora of announcements and hints about policy intentions) - one of which was the Fed's loss of credibility in the aftermath of the chairman's 1996 comment about "irrational exuberance". Great leadership in monetary policy, Axilrod says, is determined not by pure economic sophistication but by the ability to push through political and social barriers to achieve a paradigm shift in policy - and by the courage and bureaucratic moxie to pull it off.