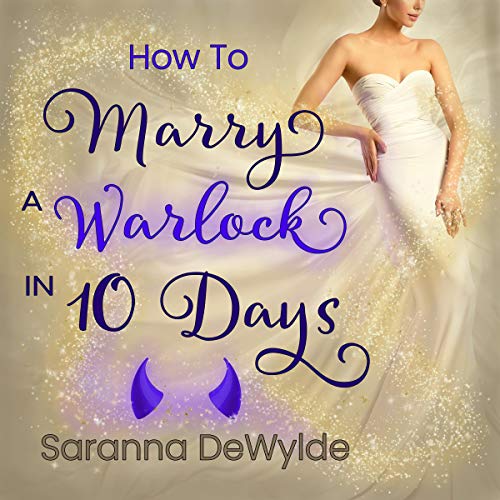 How to Marry a Warlock in 10 Days

Middy Cherrywood does. She's got more warlock than she can hex with Dred Shadowins. He isn't just a billionaire playboy and Weekly Warlock centerfold. He's a spy for the high chancellor, and he convinces Middy to pose as his fiancée for his latest mission. Too bad no one told his mother before she slipped Middy a potion that will make their sham engagement all too real in just 10 days.

Dred Shadowins already has his hands full with cursed objects, possessed nuns, and dreams where Merlin makes him pay for taking his name in vain by relating his sexcapades with Nimue. But by the end of the mission, he's convinced his most difficult challenge is the hero's cape Middy's draped over his shoulders. Because, he wants nothing more than to give her the one thing he may not be capable of providing: happily ever after.

How to Marry a Warlock in 10 Daysに寄せられたリスナーの声

Has potential with a rewrite/amateur reader

The amateur reader isn’t bad but just not even remotely as good as the professional performers audiobooks usually have. Made me question the book as soon as I started.

The story has potential with a good rewrite. The language and repeated use of the same words do describe things gets annoying. Certain aspects of the writing are repetitive. The story was sounding somewhat interesting, but ultimately I couldn’t get past the amateur feel of both the recording and the writing. This is why editors and producers have their jobs.