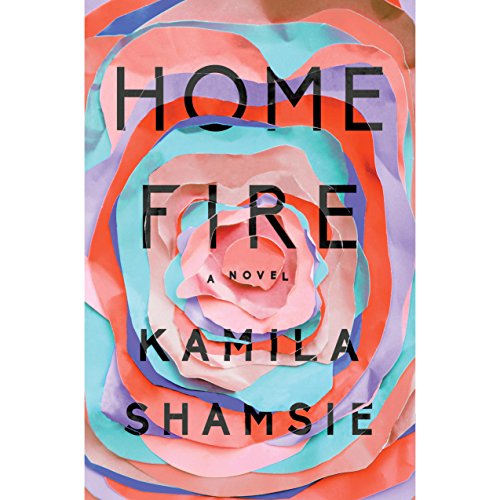 "Ingenious... Builds to one of the most memorable final scenes I've read in a novel this century." (The New York Times)

Winner of the 2018 Women's Prize for Fiction

Long-listed for the Man Booker Prize

The suspenseful and heartbreaking story of an immigrant family driven to pit love against loyalty, with devastating consequences

Isma is free. After years of watching out for her younger siblings in the wake of their mother's death, she's accepted an invitation from a mentor in America that allows her to resume a dream long deferred. But she can't stop worrying about Aneeka, her beautiful, headstrong sister back in London, or their brother, Parvaiz, who's disappeared in pursuit of his own dream, to prove himself to the dark legacy of the jihadist father he never knew. When he resurfaces half a globe away, Isma's worst fears are confirmed.

Then Eamonn enters the sisters' lives. Son of a powerful political figure, he has his own birthright to live up to - or defy. Is he to be a chance at love? The means of Parvaiz's salvation? Suddenly, two families' fates are inextricably, devastatingly entwined in this searing novel that asks: What sacrifices will we make in the name of love?

one of most important books of this time

this book is incredibly well -written with well developed characters a compelling and timely plot and a confident beautifully controlled narrative. do not miss this book.

This book was quietly powerful...so much so that I didn’t realize how invested I was in it until I was halfway through it. The beginning is a bit slow, but important in retrospect, and I’m glad I didn’t give up on the book when I first started. Be patient with the first few chapters, the setup of the plot, and you will be rewarded with a much quicker pace, a building frenzy of urgency and importance, and beautifully written prose.

The narrator was perfection. I was lost in the story, and part of my ability to immerse myself in the characters’ lives is because the narrator does such a great job at reading the story without getting in the way of it. Her accents were impeccable. Her inflection was exactly right. I’d listen to her read a million more books.

This story will stay with me for a long time. It’s haunting in its portrayal of all the different sides of family, of terrorism, of religion, of racism. I only wish it had been longer, as I was so enjoying the writing style of Shamsie.

Slow to get into but so worth it

I loved how we got to know all the characters on their own, their different motivations and desires. The narrator was wonderful and brought life to the story. The story was a sad one but not like one I'd read before which was a great change of pace for me. Highly recommend.

Such an amazing book

Why had I not picked this up earlier? This was such a good book, shinning on cross cultural issues that South Asian Muslims face in the world today. Not only was the writing beautiful but the story was fast paced and intriguing. Every step of the way each character was drawn out in detail with their flaws, but they were still endearing. Wow.

impossible to forget. Beautiful treatment of a major social and political issue not only in the UK but everywhere in the western world. And oh so readable. I couldn't put it down.

A solid, thoughtful and timely take on Antigone. The characters are vivid and well drawn, full of the kinds of contradictions and hard to manage impulses that real people have. Excellent pacing. A couple of minor missteps -- the ending felt a bit "off" -- but very deserving of a wide audience, particularly among reader groups. Tania Rodrigues does a masterful job narrating.

I wasn't ready for it to end

I was very quickly engrossed in this story. I immediately identified with the older sister and empathized with her while seeing the youth and optimism of the younger sister. The brother was, for a long time, a hazy character until we get his POV, and it makes sense. The book gets better amd better as it goes on. I was so invested by the last few chapters that the ending seemed abrupt. I wasn't ready for it. Now I'm waiting for the movie adaptation which must be on the way. This is one of those books that authors will compare their books to as they try to sell them because it is that good.

The book ending could have been different but overall it was a good book about religion barriers and how Muslim people are being perceived as.

I can't believe how beautiful this book is. It manages to deal with issues of structural violence in such an intimate and personal way. I felt for every character.

Great books like this one offer a look into lives the reader could not know on his own, and the author does a wonderful job bringing the complexities of Muslim Londoners to life. Fascinating characters and a surprise ending also contribute to making this a fascinating read.