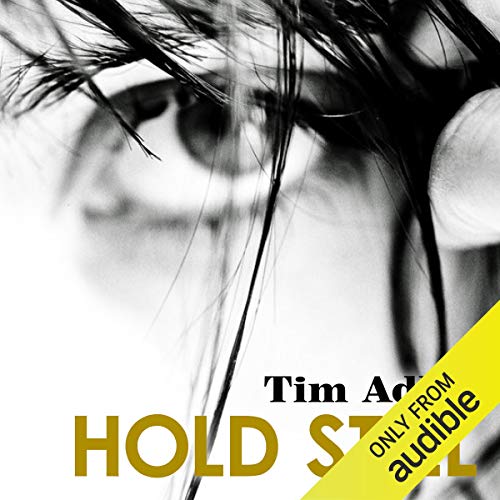 I photographed the moment of my husband's death....' So begins Hold Still, a nerve-twisting thriller from best-selling author Tim Adler.

How much do we really know about those we love?

Kate is visiting Albania with her husband, Paul, a much needed break from Paul's stressful website business. 'Hold still,' says Kate, taking a picture as Paul steps onto the hotel room balcony. 'We'll always be together,' Paul responds. Suddenly there is screaming below and a blaring car horn. Kate stares down from the balcony at the broken body of her husband lying lifeless in the street.

Overcome with grief, Kate can't accept the truth of Paul's tragic death and replays the incident over and over again, searching her pictures for a vital clue to what really happened. When she meets the enigmatic Priest at a grief support group, they journey together into a dangerous world of violence and secrets as Kate realises what Paul really meant when he said he would never leave her....

Tim Adler is an author and commissioning editor on The Daily Telegraph who has also written for the Financial Times and The Times. His debut self-published thriller, Slow Bleed, went to number one in the Amazon medical thriller chart while influential review site Crime Book Club made it a Book of the Month.

Its follow-up, Surrogate, has stayed in the top 40 psychological thrillers for over a year and was a Book of the Month on E-thriller.com. The Sunday Times called Adler's most recent nonfiction book, The House of Redgrave, compulsively listenable while The Mail on Sunday called it dazzling.

Adler's previous novel, Hollywood and the Mob, an exposé of how the Mafia has corrupted the movie industry, was Book of the Week in The Mail on Sunday and Critic's Choice in the Daily Mail. Tim is former London editor of Deadline Hollywood, a US entertainment news website.

🤮👎Holding To The Word GROSS👎👎

I did not even get 1 hour into this book & uninstalled it!

No I do not recommend this book at all & as for the narrator...WHY would you read aloud this gross stuff?

There were so many moments during this book when I had to shake my head and wonder if the author had ever actually met a human female. The way the heroine behaves is flat-out unbelievable, but it's a fun plot anyway. Don't expect this to win any prizes for literature, but it's a pleasant enough diversion. Bonus, it talks about Albania, which is a country one just doesn't hear much about.

This started slow, but then the pace picked up. This was the first story I read set partially in Albania, and it was interesting to learn some new things.

This book reads like it was written by a first grader. The plot would have been plausible, but the total ineptness of the official trying to help the "heroine" of the story was just absurd. Her naive daydreams makes one roll the eyes. Thank goodness this book was free, otherwise I'd give it back.

Couldn’t get into it. I tried for four chapters. The story just didn’t do it for me. Waste of my time. The narrator spoke well but her male voices and foreign accents were hard to listen too.

Will keep you occupied, but mediocre story

I did listen to the entire book, but I was disappointed in the predictable writing and many tropes that were used. The performance was excellent.

This is a chase story with main character on the run through 80% of the book. SImilar to the old movie of the week episodes. Young wife, foreign country, deceiving husband, protective stranger-checks all the boxes. Good narration.

I listened to this book all the way until there was 2 hours left and quit because I was bored. When the plot had unraveled enough to have figured it out.. I realized I didn't care how it ended. Good thing it was free.

The story didn't really grab me and I can't put a finger on why exactly. Kinda slow going and rather predictable.

I picked this up as a total random read. I thoroughly enjoyed this story.
Right from the very beginning you're pulled in to the story and immediately want to know what happened keeps you intrigued until the very end with a good build to the end.
I actually liked the narration which is always a bonus, apart from the switch between a Birmingham accent to a liverpudlian accent at times for one character but easy to get past.
I'm off to find more of this Author now -well worth a read!

I didn’t like this book. I’m glad it was a free one and not a purchase because I would be returning!

I enjoyed this story .Well researched lots of twists and turns and dealt with emotions and grief although only part of storyline.

Unrealistic and long winded, some of the detail was unnecessary and overly graphic. Narration was very good.