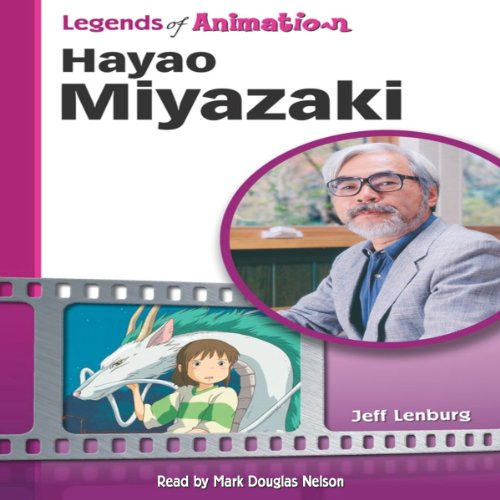 Hayao Miyazaki is one of the world's most respected Japanese animation filmmakers. He is known for creating compelling characters, engaging stories, and breathtaking animation, all of which have earned him international acclaim while setting box-office records. Miyazaki, who began his career in 1963 as an in-betweener for Toei Doga studio, soon found his true calling as an anime and manga artist, working on classic Japanese features and television series and writing the best-selling manga, Nausicaa of the Valley of the Wind.

In 1985, he cofounded Studio Ghibli, and in 1989, wrote and produced its breakthrough hit animated feature, Kiki's Delivery Service. Since then, Miyazaki has directed some of the most successful and popular anime features of all time, including Howl's Moving Castle, Princess Mononoke, Ponyo, and Spirited Away, entertaining audiences around the world and raising the bar for the art of animation. Here is his complete story of becoming heralded as Japan's premier anime storyteller.

Less about Hayao more about $ for the movies

Would you try another book from Jeff Lenburg and/or Mark Douglas Nelson?

What was most disappointing about Jeff Lenburg’s story?

Ok listeners. This is my opinion and my opinion alone. And, I was grumpy after listening to 5 hours of this audiobook.
Good: How Miyazaki got started was ok. Few small bits about the movies.
Bad: Then we go into which countries liked them and how much. Uh, I don't care.
I liked them. Who cares about all these numbers? I want to hear more about the animes themselves. Not enough on Totoro. Not enough on Howl's Moving Castle. Not enough Kiki.
Then we hear what some unpopular magazine critic thought. They didn't understand Howl's Moving Castle...Derp. Little girls understood this. Ebert liked this anime.
It was like the writer never saw them.
I want to know more about the characters, the way the drawing was done. Maybe some of the animators.
Myazaki's poor relationship with his son was no way to end the book.
I can tell no one else really listened to it because after that, they replay part of the beginning again. Sigh.

The urge to put the last part on super high speed to finish the book.

Is there a biography that includes more of Miyazaki's thoughts?

Miyazaki is an inspiration!

Before reading this I was already in love with his work and aspirations of being an illustration artist was my goal. Now, I wish I could work under him and create dreams and inspire others in a way that breaks the boundaries of illustration.

This essay is like a student report, repetitively filled with stats and quotes from reviewers, minus the typical grammatical mistakes. Maybe he should have actually read Starting Point and Turning Point and watched a few more NHK documentaries.