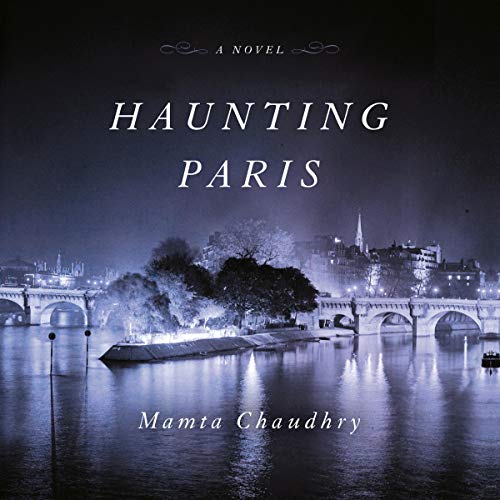 "This is a powerful and moving first novel. Reading it, I thought of Patrick Modiano and W. G. Sebald, master novelists similarly haunted by the horrors of WW II and the occupation of France. It’s audaciously, imaginatively constructed, with a heartbreaking, profoundly adult love story at its center." (Russell Banks, author of Cloudsplitter and Continental Drift)

"Haunting Paris explores dark questions - loss, grief, unforgivable crimes - but the novel itself is full of light and life and beauty. All the characters, even Coco the dog, seem touched with grace as Mamta Chaudhry tells her absorbing story.  A wonderful debut." (Margot Livesey, New York Times best-selling author of Mercury and The Flight of Gemma Hardy)

"Haunting Paris is not only a love letter to the Paris of birdcage elevators and wrought iron peacocks, but also a submersion into one of that city’s darkest periods, a visceral account of the quotidian labor of living with absence, and a reminder of the myriad ways in which we encounter voices from beyond the grave. Mamta Chaudhry’s novel is wonderfully moving." (Jim Shepard, author of The Book of Aron and The World to Come)

Paris, 1989: Alone in her luminous apartment on Île Saint-Louis, Sylvie discovers a mysterious letter among her late lover Julien's possessions, launching her into a decades-old search for a child who vanished in the turbulence of the Second World War. She is unaware that she is watched over by Julien's ghost, his love for her powerful enough to draw him back to this world, though doomed now to remain a silent observer. Sylvie's quest leads her deep into the secrets of Julien's past, shedding new light on the dark days of Nazi-occupied Paris. A timeless story of love and loss, Haunting Paris matches emotional intensity with lyrical storytelling to explore grief, family secrets, and the undeniable power of memory.

Exquisite novel which speaks to romantics and non-romantics alike! The author managed to tell a monumental love story by interweaving so many other narrative platforms - themes from classic literature and historical fiction, a deep understanding of classical music traditions, the particular idiosyncrasies of France's role in WWII, the Holocaust, parallel spirit worlds overlapping, AND those crazy Parisians with their dogs and their parades!! - it all worked to keep me totally engaged and wondering what twist the next chapter would bring. And for a story that leans towards darkness, it had some effortless moments of humor.