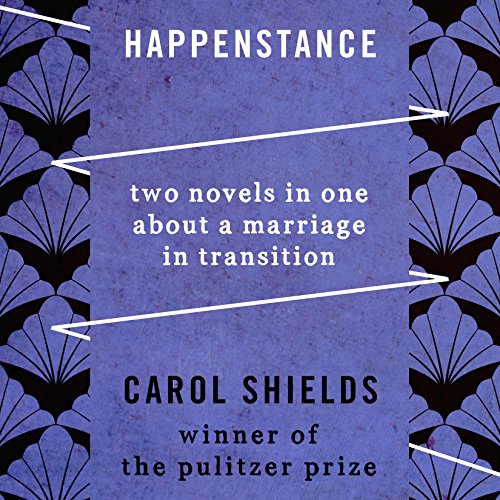 Two novels in one, Happenstance tells the story of a marriage from the individual perspectives of a husband and wife at a turning point in their relationship.

When we meet Brenda Bowman in "The Wife's Story", the 40-year-old mother of two is preparing to fly to Philadelphia to attend a craft convention that will feature one of her quilts. She already has the flight memorized: leaving Chicago at 8:35, arriving at Philadelphia at 1:33. This will be her first trip solo, her first time away from her husband, Jack, in their decades-long marriage. She's nervous, excited... and tempted when she meets an intriguing stranger.

"The Husband's Story" introduces Jack Bowman, a historian who is left at home with his troubled son and overweight daughter while his wife, Brenda, attends a craft convention. Not used to coping on his own, he's suddenly confronted with domestic calamities, including the disintegration of his best friend's marriage. And when he learns that an old flame has published a book on the same topic that Jack has been laboring on for years, Jack's self-doubt reaches crisis proportions.

Happenstance is an intimate portrait of a marriage in transition. "History," to Jack, is "not the story itself. It's the end of the story."