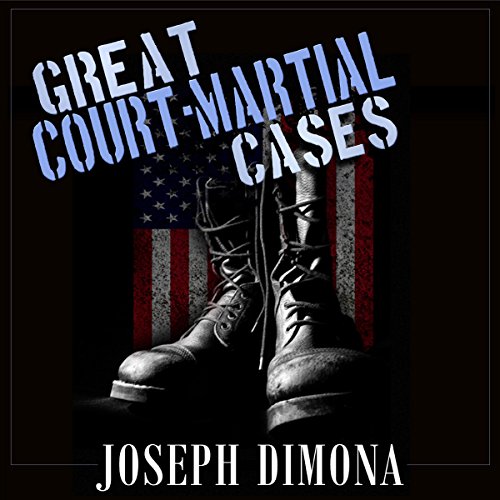 "In Great Court-Martial Cases author Joseph DiMona has produced an eminently readable book - one that should be read with interest and enjoyment not only by historians and lawyers, but by servicemen past and present. Indeed, I commend this work to all those concerned about the fairness and integrity of American justice [and] interested in the reform of an increasingly criticized military justice system three times the size of the federal criminal justice system." (Senator Birch Bayh)

Here are the military trials that shook the nation and affected history - from Benedict Arnold to Lieutenant Calley - taken from official trial records soon after they were released to the public.

Great Court Martial Cases, originally published in 1972, recounts some of the most dramatic court martial cases in history and shows how military trials have not only changed military law, but have affected the very course of American history. From Benedict Arnold to the Mylai Massacre, the exciting cases covered in this book involve such legendary Americans as Stephen Decatur, Jr.; Herman Melville and James Fenimore Cooper; Will Rogers and Fiorello LaGuardia (who descirbed one court as consisting of "nine beribboned dogrobbers"); and World War II heroes such as "Hap" Arnold, Douglas MacArthur, and Dwight D. Eisenhower.

Would you consider the audio edition of Great Court-Martial Cases to be better than the print version?

I would recommend this book. You would be surprised as to who were all Court Martialed and why. Get this Book.