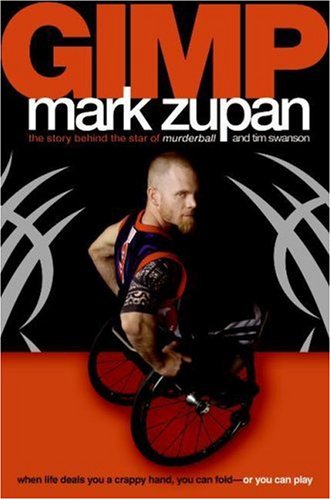 Mark Zupan was a college soccer star, out drinking one night with friends. Tired from a game and from a few too many beers, he decided to take a nap in the back of his best friend's pickup truck. Still asleep when the pickup started and drove off, he was suddenly jolted awake when the truck crashed. Mark was thrown into a river and trapped in the freezing water, barely clinging to a tree branch, for 14 hours. When Mark was finally rescued, he discovered the terrible truth: he'd broken his neck and was now a quadriplegic, facing life in a wheelchair and only limited use of all four limbs.

Always a winner and a fighter, Mark refused to accept that his injury doomed him to a lifetime of passive acceptance. He fought to regain as much mobility as possible, and his indomitable spirit has helped him create a life that's truly exceptional. Now an Olympic athlete (playing Quad Rubgy, aka "murderball") who has starred in a movie, Mark's memoir tells the fascinating story behind his rise to fame. But this is also the story of his everyday life, how he works out every day, still goes out drinking with his friends, has sex with his girlfriend, and even crowd surfs at Pearl Jam shows.

Inspiring, defiant, and revealing, Mark's memoir will appeal not only to fans of the film Murderball, but also to anyone ready to be motivated by a touching, captivating, and heartfelt story about triumphing over the odds.