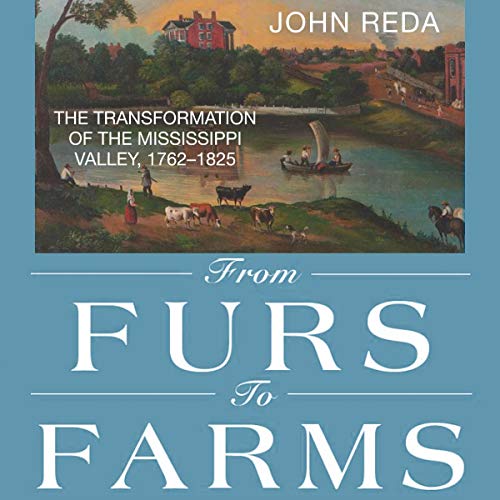 From Furs to Farms

This original study tells the story of the Illinois Country, a collection of French villages that straddled the Mississippi River for nearly a century, before it was divided by the treaties that ended the Seven Years' War in the early 1760s.

Spain acquired the territory on the west side of the river and Great Britain the territory on the east. After the 1783 Treaty of Paris and the 1803 Louisiana Purchase, the entire region was controlled by the United States, and the white inhabitants were transformed from subjects to citizens.

By 1825, Indian claims to the land that had become the states of Illinois and Missouri were nearly all extinguished, and most of the Indians had moved west. John Reda focuses on the people behind the Illinois Country's transformation from a society based on the fur trade between Europeans, Indians, and mixed-race (métis) peoples to one based on the commodification of land and the development of commercial agriculture.

Many of these people were white and became active participants in the development of local, state, and federal governmental institutions. But many were Indian or métis people who lost both their lands and livelihoods or black people who arrived - and remained - in bondage.

In From Furs to Farms, Reda rewrites early national American history to include the specific people and places that make the period far more complex and compelling than what is depicted in the standard narrative.

"Deserves a wide readership of those interested in the scholarship of the Midwest and the North American frontier." (Journal of Illinois History)

"A worthy model for future studies of early American places." (Register of the Kentucky Historical Society)