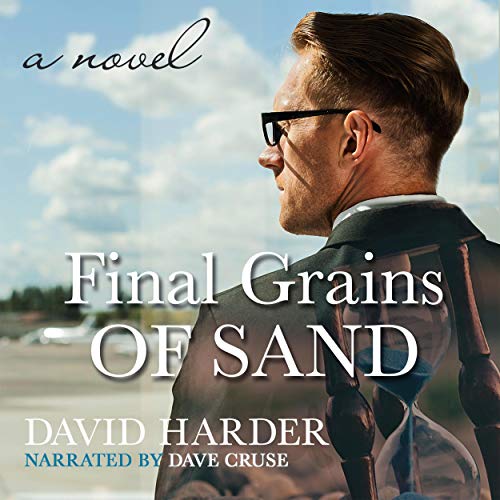 With life, the inevitable decree of death may occur any moment from conception to old age. Regardless the time, death is never uncomplicated, leaving an empty void filled with vanishing memories for those remaining behind.

When James Kreider receives the devastating news his life is shortened from cancer, he is immediately filled with shock and disbelief. At 60 years, Jim is too young to die and believes he has a whole life ahead of him. When the reality of his impending demise sinks in, Jim methodically prepares for his final days, including trying to heal old wounds. With a dash of life's regrets and unfinished business, Jim's hours are spent pondering the legacy he will leave for his friends and children.

In preparing for the end, Jim selects five individuals to represent his life at the funeral service. This group includes Jim's boss, his personal physician, a neighbor, the pastor of his church, and a woman whom Jim was involved with in a long-term affair. None of the individuals know each other or why they were chosen. Summoned to the office of Jim's attorney, the representatives disclose emotions and information few individuals wish to hear. Reluctantly, they agree to share every facet of their friend.

Jim's story not only transforms the five representatives but alters the lives of the funeral guests. They realize the value of one's life is less about the length of time, but rather how we touched other people through our actions and words.

I first read Final Grains of Sand a few months ago and was impressed with the depth of characterization and the central question of the novel: What impact has your life had on others? David Harder tackles this subject with great insight and maturity. A seemingly ordinary man, Jim Kreider is gradually revealed to be a person of compassion and strength. This is done mainly through the reminiscences of four individuals chosen by Jim during his sudden, fatal illness to deliver eulogies at his funeral. As Jim's life is told and the stories intertwine, we start to understand how flawed humans can effect positive change through humility and compassion.

We also get to know the four individuals: their choices, strengths and foibles. I was impressed by David Harder's knowledge of the day-to-day operations of the business world, as well as his deft handling of sensitive family issues. His attention to detail reminds me of the naturalism of Dreiser and Zola, but with completely different philosophical underpinnings. This is a Christian novel that does not shy away from the hard questions and the messiness of life while delivering a message of hope and assurance.

A serial re-reader, I jumped at the opportunity to listen to the audiobook. As with many novels built around well-crafted dialogue, Final Grains of Sand benefits from the audio format. Happily, Dave Cruse adds texture and depth to the novel through his expert narration. His voice characterizations and tone are spot on. He injects just the right amount of emotion into each scene, lending an air of authenticity and warmth. I expect to see his name on many audiobooks in the future.