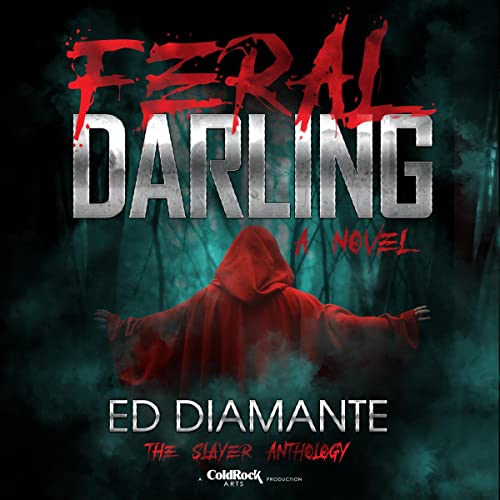 Welcome to the definitive reinvention and refining of werewolf mythology. This quintessential metaphor for the crisis that is modern vs. classical masculinity explores the underlying reason for situations like Will Smith wrecking himself at the Oscars: The paradoxical gray line between being too soft and too harsh as passions smolder.

This thought-provoking revamping of lycanthropy lore features complex characters facing impossible dilemmas and internal struggles while navigating a deliciously twisted and fast-paced storyline with a satisfying twist ending for the ages.

Antihero enemies clash in this epic, suspense-horror, adventure-romance with a shocking climax and mindblowing payoff:

Daemiana is fleeing for her life while seeking a cure to an age-old shifter curse born of an occultism mishap. She yearns to be able to fully love again once free of her accurst fix, but she's been marked for death by her own kind and by a vicious order of slayers — both cults bent on finding and destroying her first but for opposite reasons.

As she tries to settle into a new life in a new land, she crosses paths with a brooding and self-loathing loser: Caelin. They are both wounded souls, but Daemiana ignites in him a fiery passion for her and her quest, though she has vowed to never again let a man into her heart. It devolves into a lusty love/hate affair as he tries to help her find the cure she seeks, but she knows she will only devour him, so she refuses to get too attached, knowing that his days are numbered if he remains with her due to her accurst fix. Yet, he manages to survive nights with Daemiana when her dark side comes out using his survivalist skills, albeit the feat growing increasingly near-impossible with each passing night. And when both cults close in on them, they viciously fight for one another, bent on seeing their plight through to the end. But ultimately, will their complex and unlikely love be strong enough to survive their first full moon together — as both cults mount their final attacks? Or will Daemiana and Caelin end up destroying one another like Daemiana fears as she becomes full monster and he descends into the most violent depths of classical masculinity? It all culminates in a most shocking climax and satisfying twist ending in this suspenseful, horror-thriller reinvention of lycanthropy mythology in which nature itself poses a central role; all intertwined with escalating elements of dark fantasy and action-adventure.

I loved it, the narrative was very good and emotional. The story was also good, suspenseful and kept my attention. I really enjoyed this novel.