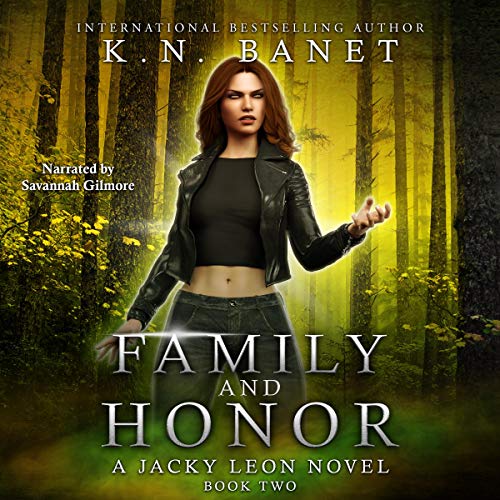 Jacky Leon got away with it. She defended a little human girl, made a few unlikely acquaintances, and survived to tell the tale. Now she’s the only werecat in the supernatural community who can say a small family of werewolves lives in her borders.

That isn’t a good thing, though. As news of her heritage and relation to Hasan becomes more well known, Jacky finds herself in the spotlight, slammed with guilt over recent werecat problems and her duty as a daughter of Hasan. Having ignored the supernatural world and its politics for so long, she had no idea what sort of repercussions would come from her actions to defend Carey Everson.

Ignorance can no longer be her shield. Jacky wants to do better. She’ll step up to her responsibilities and stop running. She’ll learn how to live up to the obligations and expectations of her family. Her honor demands it.

Steady as it Goes

This is a good second, follow-up book. I still feel like we lost that wonderful rush from the first half of the first book that we never seemed to have quite regained since, but it doesn't always need to be action-action-action. I do feel like there are a few concepts that are continually repeated or overly-explained to the point where I'd like to move into the next issue (what happened in the 1st book--we know what happened, we don't need a rundown with each new character that needed an update/ a couple of other instances I'm sure you'll find out.)

I still would have liked a more in-depth look at the other species that were introduced in the final parts of the first book, but again, this is a long-ish series that I am sure we will touch upon other supernatural happenstances eventually. (And again, Jacky left early in her education, so the fact that she remembered all about werecats, werewolves, rules, oaths, and so on 7 years later is a lot more than what I can do!)

Otherwise, I love Jacky. She is a blast to listen to. Heath is a pretty great guy to hang with as well. I enjoyed getting a better look at the werecat family dynamics that were alluded to in the first book. The main mystery was interesting and engaging. I'm definitely still moving forward with this series.

Loved loved this book. The characters are relatable. The narrator is excellent and does multiple voices well. I can't wait to read the next book!!!!!!!

Great series, glad to have audio too

Can't wait for books 3 and 4 in audio. This book gives you a look into Jacky's family interaction. Its nice to have the expansion of the family characters. Loved the family video chat mertings. The investigation in Washington was interesting and kept the story moving. Jacky comes across as competent and capable. Heath has Jackys back and the dynamic between them is great. Narration was good. Pacing and voices fit well. Overall, loved this story and the narration. Really invested in following Jacky's adventures.

I am really appreciating the character development and world building in this series thus far. The author also does a great job of depicting the complexity of emotions and family.

The story is really, really good!!!

Great story with an excellent narrator. I loved the ebook, the Audible is just as good. I truly enjoyed this!

I have this series on my kindle, i got the audio book to listen to in the drive to and from work. The narration is wonderful and I am hoping the next book is read by Savannah again.

I like the Jacky Leon series and I am very excited to see where we go next!

Honestly I read the book and listened to the audiobook and I preferred the book.
I think the narration is good but not great.
That's just a personal opinion, I know a few people who have said the narration
is perfect.

Better than the last

It's official! Kristen Banet needs to stop everything and write more books in this series. Jacky Leon is an awesome character and I love reading about her adventures.

the father is selfish, the entire family is selfish. and she is confused. couldn't finish