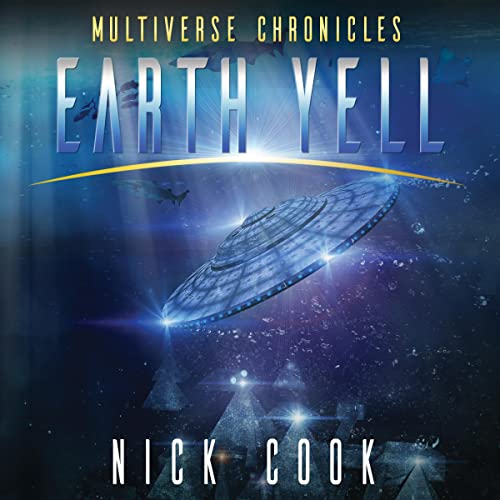 Far beneath the ocean, something is awake, ready to begin the defence of our worldвҖҰ

When rumors begin reaching Eden of strange lights beneath the seas surrounding Cuba and the presence of Russian spy ships and subs in the area, Lauren and the team quickly realize that the sightings have all the hallmarks of a waiting micro mind. But if so, why hasnвҖҷt there been an accompanying neutrino burst?

Departing for the island, they are quickly drawn into discovering what happened to a diver and his sister, two treasure wreck seekers who went missing in mysterious circumstances. Could this be linked to what has been happening beneath the ocean, especially as one of them heard a strange, whale-like song before their disappearance? With Mike back on the team, they arrive at Cuba and track down the missing childrenвҖҷs father, Carlos FernГЎndez, who has critical information about what happened to his children.В

With time of the essence and the realization that the Overseers are chasing the scent too, Lauren and company team up with a famous French marine biologist and billionaire, Leon Dupont. His unbeatable experience of deep-sea exploration together with his submersible, Neptune - a craft capable of descending to incredible depths - will be critical to discovering what really happened to the wreck divers.

What they will discover will be the final key to everything that Lauren, Jack, and Mike have been working toward. The team stand on the cusp of discovering the true purpose of the micro minds, but can they beat the Russians and their Overseer masters to it before all hope is extinguished for any hope of our planetвҖҷs survival?

Earth Yell is the sequel to Earth Howl, and is part of the Multiverse Chronicles, an epic series of interlinked stories that includes the Fractured Light trilogy, following humanityвҖҷs struggle to survive across parallel universes.

excellent as with the earlier books and reading. But the 'reading' was less polished and flowing than the earlier ones.