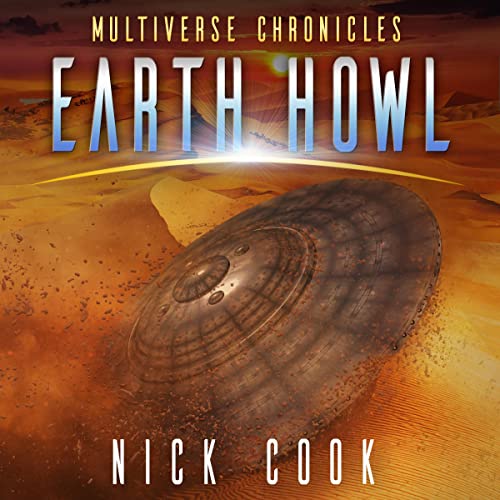 Deep in the desert, an ancient god is about to awaken.

With Lucy still offline, Lauren and the others are left with no choice but to merge the micro mind they recovered from Area 51 in an attempt to reboot the AI’s systems. They have only just started the procedure when the completed TREENO fleet of CubeSats detects a neutrino burst from a city straight out of myth and legend.

Ready for anything and with Ariel heavily upgraded, the team set off for the source of the signal in Mauritania region of West Africa. However, during the mission, Eden goes dark and isn’t responding to radio transmissions. What’s happened back at the base? Could it just be a technical problem or has something more sinister happened?

Soon cut off in the desert in a blinding sandstorm and without backup, Lauren and Jack encounter a micro mind that will force them to relive the natural disaster that originally destroyed the city. Now the time has come for Lauren to prove herself as a true leader, as she’s pulled into a battle beyond space and time. Can she successfully draw upon all her skills to fight off threats from the Overseers and from beyond our world?

Earth Howl is the sequel to Earth Shout, and is part of the Multiverse Chronicles, an epic series of interlinked stories that includes the Fractured Light trilogy, following humanity’s struggle to survive across parallel universes.

Once more was not disappointed initially this was missing from the library, after advice from the author I found it by going on to the UK audible web page which doesn't make sense.