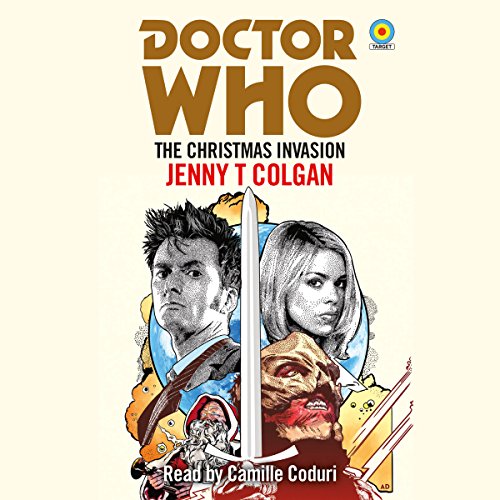 Camille Coduri reads this brand new novelisation of the Tenth Doctor’s first adventure. Earth is under attack by power-hungry aliens. This is no time for the Doctor to be out of action.

When a British space probe is intercepted by a sinister alien vessel on the eve of Christmas, it marks the beginning of an audacious invasion of the Earth by the Sycorax - horrifying marauders from beyond the stars. Within hours, a third of humanity stands on the brink of death with not a single shot fired.

Our planet needs a champion - but the Doctor is not fit for service. He’s just regenerated, delirious in a new body and a dressing gown. Forced into his battered shoes is his friend, Rose Tyler, a girl from a London council estate. Will she save the world from this nightmare before Christmas - or see it destroyed?

Doctor Who: The Christmas Invasion first published by BBC Books in 2018.

Doctor Who: The Christmas Invasionに寄せられたリスナーの声

I love the BBC series of Doctor Who, so reading his adventures was a tad nerve wracking... I shouldn't have worried!!!

When Doctor Who came back to TV it was a huge hit. This novel takes a hugely successful episode and manages to make it better like a good book should. The plot is the same but now we hear the voices of the characters. Understand their motivation. Are give new jokes. Brilliantly read by Roses tv mum - Camille. Super enjoyable.