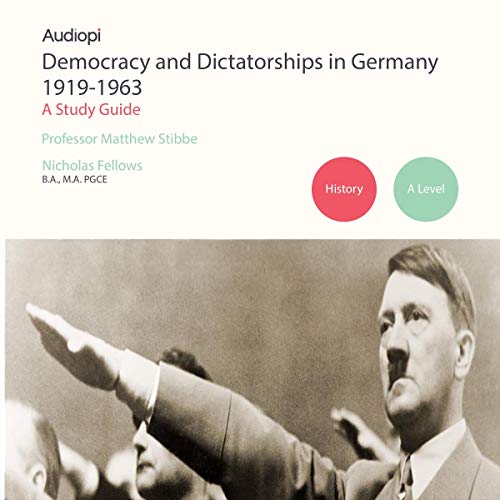 Mike Wells and one of the leading academics in the subject, Professor Matthew Stibbe, come together to examine this most important period within Germany's history.

Our History A Level series on Democracy and Dictatorships 1919-1963 fully follows the curriculum, starting from the failed attempt to establish democracy in Germany to the split between East and West Germany and the establishment of West Germany's economic powerhouse. It provides new and fresh perspectives on this period and will fully furnish students with core knowledge throughout the course and prepare them for their exams. The series is 28 chapters long, with Professor Stibbe delivering key concepts to give new and added insight into the subject.

Our authors, Professor Matthew Stibbe and Mike Wells, have enormous experience across this period of history. Matthew Stibbe is a specialist in 20th-century German and European history and is currently secretary of the German History Society. Mike Wells is a lead examiner for OCR and has written many textbooks.

in a nutshell Germany Course

The real strengths of this audiobook lie in it's clear and concise conveying of information, particularly key facts and pieces of evidence. It does this through engaging structured conversation between the narrators. Really recommend for students of German history, or for the casual armchair historian looking for a fresh (very structured) take.