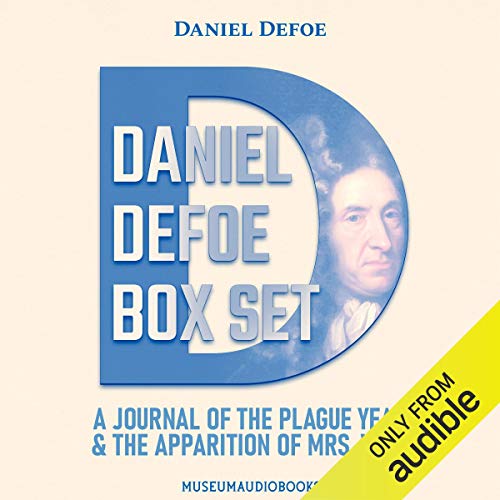 Daniel Defoe (c. 1660-1731) was an English trader, author, and journalist. Defoe was a prolific writer, publishing more than 300 works on a range of topics including economics, politics, crime, religion, marriage, psychology, and the supernatural. He is most famous for his novel Robinson Crusoe (1719). Defoe wrote numerous political tracts and was often in trouble with the authorities. The intelligentsia paid attention to his fresh ideas and sometimes consulted with him.

His 1722 novel A Journal of the Plague Year gives an account of one man's experiences of the year 1665, in which the bubonic plague struck the city of London.

Usually attributed to Daniel Defoe, "The Apparition of Mrs. Veal" is a pamphlet published anonymously in 1706 and considered by many as "the first modern ghost story". A Canterbury resident, Mrs. Bargrave, is visited by her old friend and former neighbor Mrs. Veal, who says that she would like to catch up before departing on a journey. They discuss books on death and friendship before Mrs. Veal tells her friend that her locked cabinet contains a purse filled with gold and asks her to write a letter to her brother. Mrs. Bargrave steps out to call her daughter, and when she returns she finds Mrs. Veal standing in the street about to leave. Mrs. Bargrave subsequently looks for Mrs. Veal but finds out that she had died the day before the visit.

Daniel Defoe Box Set: A Journal of the Plague Year & The Apparition of Mrs. Vealに寄せられたリスナーの声