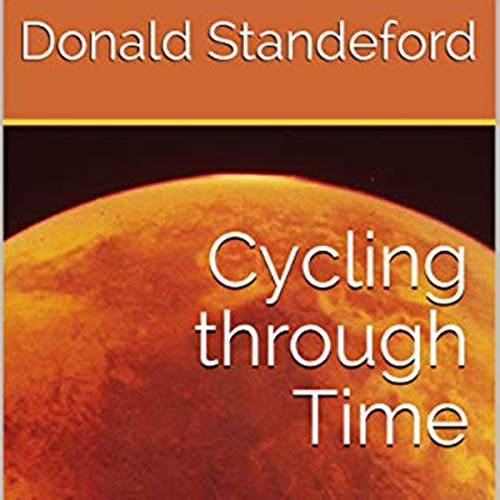 Cycling through Time is about second and third chances.

Trevor Rogers is one of the few people in the world who has access to his own past. Trevor's wife, Susan Rogers, a physicist, works in a highly contained government facility.

Trevor, married to Susan two years, had thought Susan's job to be battling climate change. That was a bit of a stretch. It was true that time travel could be used to control planetary weather. However, that was not the first use Trevor would have thought for it. Then again, Susan’s lips had been sealed. What could she have said about this top-secret project that sounded feasible? She had easy access to Top Secret materials. Trevor had no idea of Susan’s past when he married her. He was a simple person, he loved Susan, and that was all that mattered.

She was not from Paradise - she was from all over the United States. She had always liked the hustle bustle of the city. She was always game for an adventure. Susan Rogers had not only fallen in love with Trevor, she had fallen in love with the small city of Paradise, Oregon.

Susan could have excelled at any occupation. As a physicist, she was among the top minds of the world. Trevor had won her over with his childlike simplicity and dedication to her. The news of her pregnancy came the same week as news that Trevor had only a few months to live. The numbers all added up in her head. They did not look good.

When their child reached a year, Trevor would be dead. Maybe two years earlier Susan would have accepted Trevor’s death and moved on. She had changed drastically in the wet but welcoming warmth of Paradise, Oregon. She cared more than she knew she could.

This was an amazing story. It was about something that all of us have once thought about (or at least me). An amazing take on traveling back in time to experience life with those who have passed years before while mixing sci-fi and a bit of suspense. The narrator Gary did an amazing job on this book by keeping me interested the whole time on what was to come next. I definitely hope I can have more books with him as the narrator as I found it easy to follow along with all that was happening with Trevor and his attempt to get back in the present time. Would definitely recommend this book to family and friends who love talking about what it would be like to go back in time.