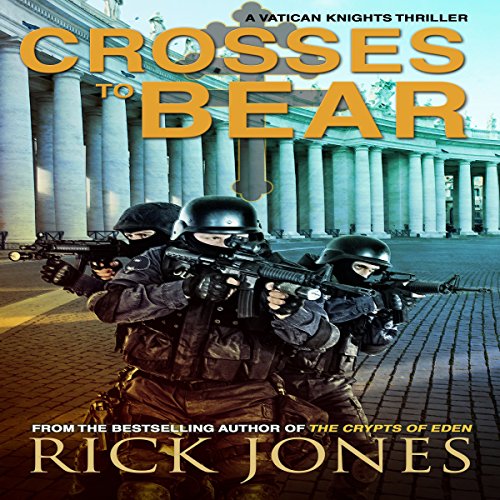 In a Galveston, Texas lab, a lethal strain has been stolen by a terrorist faction.

In New Mexico, the population of a small town is completely wiped out.

In Las Vegas, a vicious underground clan called the Community surfaces at night to prey on the weak.

In Paris, two old foes of Kimball Hayden reunite as a kill team to hunt him down.

Now considered dead by the Vatican, Kimball Hayden is leading a secretive life on the streets of Las Vegas. But when a parish comes under the threat of a vicious mob, he finds himself thrown back into a world of violence.

Once again Kimball finds himself in the role as the "priest who is not a priest" fighting to protect those who cannot protect themselves. And when Vatican City is threatened with complete annihilation, he returns to fight a battle against a foe he cannot possibly defeat.

I had to struggle through this 6th book of the series. The story line in of itself is excellent, however the narration and the continuous repetition of the feud between Kimble and Ezekiel was exhausting. I also did not appreciate the author highlighting that the "terrorists" were African-American when that had not been done for anyone else in the series thus far. The narrator's voice was almost monotoned when speaking with an English accent. If I had not listened to the previous 5 books, I would have through Kimble not to be a threat at all. There was no benefit in the repetitions of the story of Kimble and Ezekiel. It was as if the author was trying to fill in areas because there was nothing more to write. This is by far the worst of the series. Well, off to book 7. Hopefully, it will fare much better.