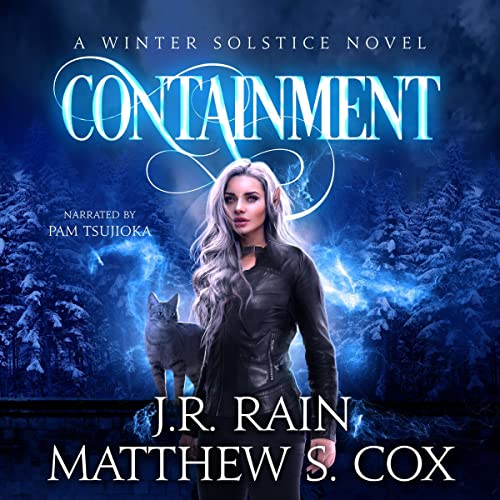 Something stirs in the murk of the Volga River, something big, emerging at night to sow mayhem and death along the banks.

And Since Solstice Winters is already stranded at ground zero, she agrees to help, even though coping with giant lizards is far from her skill set as an intrepid reporter for a paranormal tabloid.

Yay for being the only elf in the world.

After narrowly escaping the Ordo Sanguinem Aeternam, she winds up sharing a flat halfway across the world from home with the enigmatic Cristiano, an agent of the secretive organization she may have obligated herself to join. He seems to know his way around the city, and he's not bad on the eyes either.

Solstice soon realizes she’s tracking a beast the likes of which none of her father’s books have mentioned, a creature unique to Russia that her magic lacks the strength to kill. To make matters worse, the Federal Security Bureau sticks their noses into the mix.

While hunting the dangerous creature, she awakens a forgotten power in the depths of the river that has the potential to alter the course of human historyand not for the better.