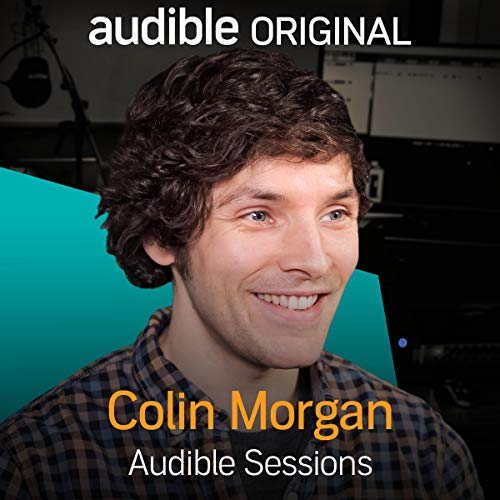 Joining us at Audible Studios is actor Colin Morgan. Morgan has been appearing on stage and television since 2007, performing at The Globe Theatre and The National Theatre and starring in programmes such as Merlin, Doctor Who, Humans and The Fall.

He spoke to us about his amazing career so far as well as his experience of the audiobook world after reading The Worldship Humility by R R Haywood, a science fiction novel detailing the escapades of a petty thief and an Airlock Operative who accidentally steals a code with information about a new habitable planet.

Thank you for sharing this much needed interview

Great interview! It really inspired me to listen to the book. Now I know what to expect of it

Colin Morgan is one of the most talented and gifted actor we have at the moment, and it is really enjoyable to hear his points of view on the world he did and is doing.

Enjoyed hearing how he approaches scripts for a challenge. I’ve seen a couple of his movies and he’s never the same. Great character actor actually.

Interesting behind-the-scenes perspective of the making of an Audible recording. I'm a relatively new fan of Colin Morgan's voice so am biased. This was a brief insight into his process and a confirmation of his authenticity. He's always genuine, insightful, and a good interview. Humble and driven. Appreciate these clips. Always something to learn.

This is a very short interview. It is interesting, and included is a suggestion of more audible books to listen to.

The Wizard of many voices

Loved it, the story was totally different from what I am used to. Colin Morgan was absolutely Brilliant and Amazing, all those different voices were just spectacular in itself.

A most instructive interview - it never crossed my mind that an actor approached stage production or TV etc almost with fear. This was a mine of information delivered with humour and an obvious enjoyment of his craft.

Really enjoyed this interview with Colin Morgan.
He covers a lot of information on the whole process of recording audio books and the origin of this new series, he actually talks quite a lot about the sci-fi world created for the series.
Very intelligent speaker and enjoy listening to him.

Colin morgan you rised to the challenge and nailed it!
you did an outstanding job mate I hope your proud. I cant wait to hear you again in the next installment ;)

Colin is on a journey to the soul

Thanks Robin a great interview albeit is about an hour too short! Could listen to you both for much longer. In such a short time you showed us a Colin Morgan that is behind the masks and why his port folio of work is so varied, thought provoking and impressive, thus giving us real characters and insights. Thank you for allowing us to peek into the depth of a shy genious. I hope he does more books in the future, great to hear his native Irish tongue, especially for an Aussie! He is the reason I joined your company.