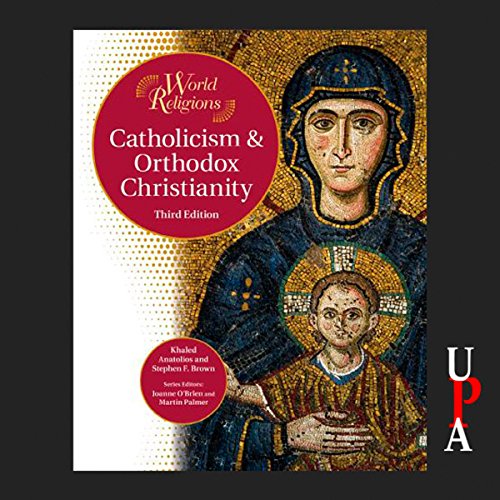 The central doctrines of Catholicism and Orthodox Christianity are explored as a background to such current issues as the child abuse scandals of the Roman Catholic Church in the United States and the many tensions over abortion and gay marriage that exist in American society. The philosopy of Pope Benedict XVI, ecumenism and interreligious dialogue, and the role of lay communities are also highlighted. The book is published by Chelsea House Publishers, a leading publisher of educational material.

This book treats the church as if it is wrong and only the Roman catholics have the answer, even though they came from the holy orthrodox church. If your Roman catholic, you will feel the same as before, better than everyone else, if your Greek Orthodox pass it up.

What could Khaled Anatolios and Stephen F. Brown have done to make this a more enjoyable book for you?

Needed to be truthful comparison.

Would you be willing to try another one of Tim Lundeen’s performances?

What character would you cut from Catholicism and Orthodox Christianity?

Not Objectively Written. Its very Biased

What would have made Catholicism and Orthodox Christianity better?

The content. I was looking for an honest comparison, not a blame session.

On this subject, Nothing until more material is added. I find it very odd that the Second largest Christian denomination has in essence no material on Audible even though a good number of books have been made in Audio Book form.

If your looking for an Honest comparison of the two religions. Look elsewhere.

good if your ecumenism... im not. but well written

it was well written it is strongly chatholic leaning though. so maybe a little bias mainly about chatholicism