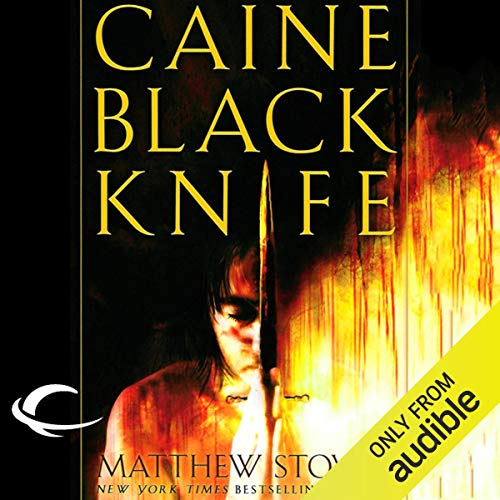 "[A] twisty plot with intense violence and a strong narrative voice.... Stover has a gift for brutal, detailed action sequences, and Caine is at his most enthralling when he's fighting or discussing tactics." ( Publishers Weekly)

In Heroes Die and Blade of Tyshalle, Matthew Stover created a new kind of fantasy novel and a new kind of hero to go with it: Caine, a street thug turned superstar, battling in a future where reality shows take place in another dimension, on a world where magic exists and gods are up close and personal. In that beautiful, savage land, Caine is an assassin without peer, a living legend born from one of the highest-rated reality shows ever made. That season, Caine almost single-handedly defeated – and all but exterminated – the fiercest of all tribes: the Black Knives. But the shocking truth of what really took place during that blood-drenched adventure has never been revealed....until now.

Thirty years later, Caine returns to the scene of his greatest triumph – some would say greatest crime – at the request of his adopted brother, Orbek, the last of the true Black Knives. But where Caine goes, danger follows, and he soon finds himself back in familiar territory: fighting for his life against impossible odds, with the fate of two worlds hanging in the balance. Just the way Caine likes it.