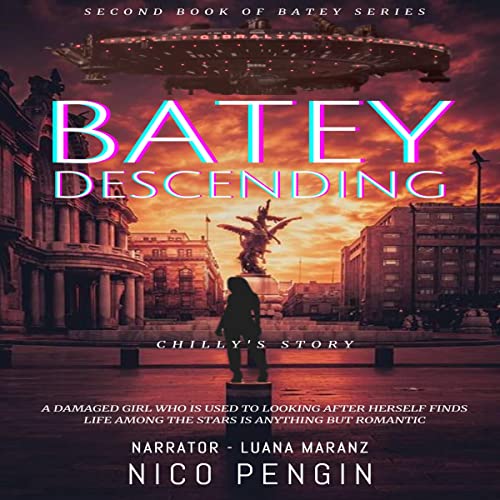 In a dystopian future, where human behavior has finally brought destruction to the planet, an alien race has saved some of those who were willing to escape from a doomed Earth.

Living on their vast mothership with everything they need, an age-old game is reinvented from a Native American sport. New Batey becomes their entertainment, and new heroes emerge to play it.

Chilly is one of them. The elder sister of Nico, in this fast-paced and intimidating environment she excels, fighting to be seen as a player who is just as good as any other, just as she had fought for herself every day of her young life.

As the whirlwind competition of Batey continues to consume her life, Chilly may have inadvertently stumbled across the answers.