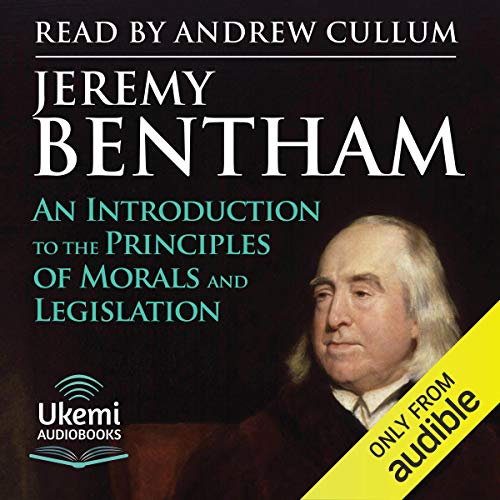 Jeremy Bentham (1748-1832), the English philosopher, writer on law and political radical, was an extraordinary individual. His preserved body can still be seen seated in a case in the South Cloisters of University College, London - what he called an auto-icon. His most important legacy, however, is the ‘principle of utility’ - the greatest happiness of the greatest number: an ultimate measure of right and wrong.

Underlain by an acute sense of ethics, this provided the basis for his strongly declared, wide-ranging views on many subjects: prohibition of cock-fighting, liberty of the press, universal suffrage, the removal of religious tests for office and even hunting. All were radical ideas for his time. He also proposed the decriminalisation of homosexuality, though even he did not dare to publish his essay on this subject during his lifetime.

But An Introduction to the Principles of Morals and Legislation was his major work. It was finished in 1780, though not published until nine years later when he added an extended footnote just before publication - demonstrating his characteristic reluctance to commit to a final form. (He also wrote a preface just before publication which is included here at the end of the recording, providing interesting background material). As Ross Harrison explains in his helpful opening comments to this recording, Bentham, a skilled jurist, wanted a perfect system of criminal law provided by a penal code, and An Introduction to the Principles of Morals and Legislation was to be the introduction. His overarching intent was 'to rear the fabric of felicity by the hands of reason and of law'.

Harrison clarifies: ‘Felicity, happiness, is the goal; reason and law are the means to be used’. In short, man should seek to maximise pleasure, but ethically. Bentham asks what a system of laws would look like if based on this principle of ‘utility’ - happiness. Bentham considers pleasure and pain in terms of behaviour, consequences and the law. As he says famously (in chapter 1), 'Nature has placed mankind under the governance of two sovereign masters, pain and pleasure. It is for them alone to point out what we ought to do as well as to determine what we shall do.'

He broadens his ethical purview further. Living at a time of widespread slavery, he argues that different races should not be subject to ‘the caprice of a tormentor’ and even questions whether animals should have rights. He goes on to propose a method for measuring pleasure over pain. Concerned to make a measured and clear argument at all times, Bentham did not set out to produce a work in a popular style. Nevertheless, An Introduction to the Principles of Morals and Legislation is an important work, a milestone in English philosophy and one that has wielded a considerable influence, even to the present day.

An Introduction to the Principles of Morals and Legislationに寄せられたリスナーの声

I was very excited to bring the principal of pain and pleasure as the basic denomemetter of human nature. but he he really subdivided and really made big mess. good for the lawyers that generally wants to make a big mess of a simple situation.