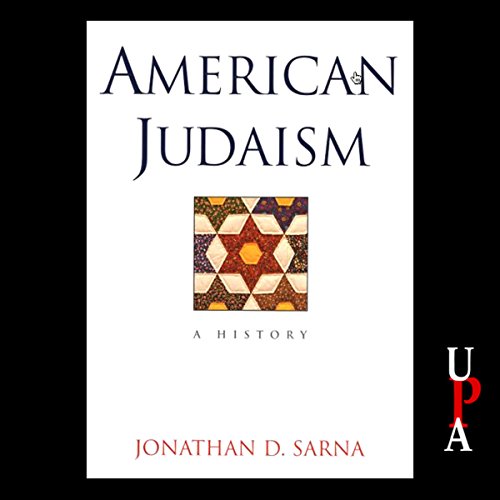 This magisterial work (winner of the National Jewish Book Award and other honors) chronicles the 350-year history of the Jewish religion in America. Tracing American Judaism from its origins in the colonial era through the present day, Jonathan Sarna explores the ways in which Judaism adapted in this new context. How did American culture - predominantly Protestant and overwhelmingly capitalist - affect Jewish religion and culture? And how did American Jews shape their own communities and faith in the new world? Jonathan Sarna, a preeminent scholar of American Judaism, tells the story of individuals struggling to remain Jewish while also becoming American. He offers a dynamic and timely history of assimilation and revitalization, of faith lost and faith regained. The book is published by Yale University Press.

Daria's scholarship is broad and penetrating, yet the language is also very readable. The narrator seemed not to have a familiarity with Judaism and pronounced various words inaccurately. Overall, an excellent history.

This social history of Judaism in the New World, from the first Portugese Jewish émigrés to New Amsterdam, through the mass migrations of Central & Eastern European jewry in the 19th and early 20th century, to the present day, while scholarly and comprehensive, is also disappointingly dry. There is a lot of fascinating material in here about the changing character of American Jewry, which was predominantly Sephardic through the founding of the republic, but became more Ashkenazic in character in parallel with the post-Napoleonic upheavals of Europe, until America became the undisputed center of Diaspora judaism after WWII. The distinct character of American as opposed to continental European or British Judaism is discussed at length. A lack of state-sanctioned religion in the United States promoted decentralization and diversification of jewish religious practices in a way that did not happen in Europe, and Jewish congregations actively borrowed practices from their protestant neighbors. What the book lacks is any real sketches of the actual individuals involved. Names of key rabbis or community luminaries are given, but you don't really get an insight into what kind of people they actually were–pugnacious? Concilliatory? Energetic? You come away with a lot of information about changing Jewish thought, and Jewish religious practices, but not much understanding of the Jewish persons doing the thinking and the practicing.

Fascinating history of Judaism in America

Sarna has presented an excellent overview of the Jewish story in America. As an Orthodox Jew I was familiar with much of the material he discusses However there was much that was new to me as well
The only criticism with audiobook is the narrator He had a monotone that was off putting and only overcome by the fascinating material of the book itself In addition he seemingly lacked even a rudimentary ability or familiarity with Hebrew and many of the phrases that appear throughout the book