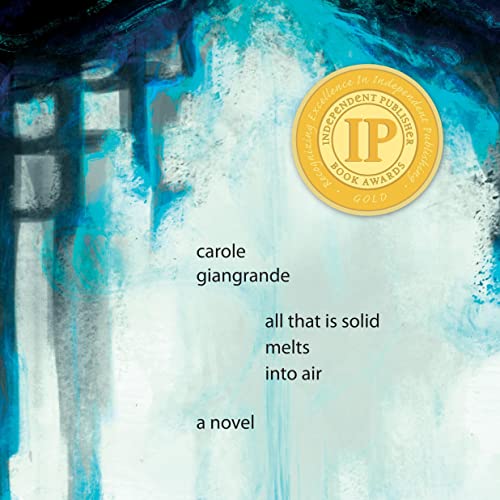 All That Is Solid Melts into Air

“Giangrande never uses the imagery of 9/11 for gratuitous shock, taking a somber tone as Valerie vacillates among confusion, horror, and self-deception while she waits - surrounded to surreal effect by the mundanity of everyday life - to hear of the fates of those closest to her. This is a softly unsettling book, effective in showcasing the confusion that follows such a personal yet public crisis...” (Publishers Weekly)

“All That Is Solid Melts Into Air is a deflty crafted meditation on what happens in the aftermath of tragedies both public and private, calling into question the idea that time heals all wounds.” (Room Magazine)

“Has enough time passed since the terrorist attacks of Sept. 11, 2001, for authors to render those tragic events into fiction? For readers left disappointed by hasty attempts from Dom DeLillo, Martin Amis, and Jonathan Safran Foer, this new work from Carole Giangrande may offer an enriching alternative. All That Is Solid Melts Into Air - a title taken from a line in The Communist Manifesto - is at once a slow rumination of those horrific events and an intense, frighteningly accurate recreation of them.” (Quill and Quire)

In the morning fog of the North Atlantic, Valerie hears the frenetic ticking of clocks. She’s come from Toronto to hike on the French island of St. Pierre and to ponder her marriage to Gerard Lefèvre, a Montrealer and a broadcast journalist whose passion for justice was ignited in his youth by the death of his lover in an airline bombing. He’s a restless traveler (whom she suspects is unfaithful), and she’s the opposite: quiet, with an inner life she nurtures as a horticulturalist. Valerie’s thinking about Gerard on assignment in her native New York City, where their son, Andre, works.

In New York City, an airplane has plunged into a skyscraper, and in the short time before anyone understands the significance of this event, Valerie’s mind begins to spiral in and out of the present moment, circling around her intense memories of her father’s death, her youthful relationship with troubled Matthew, and her pregnancy with his child, the crisis that led to her marriage to Gerard, and her fears for the safety of her son, Andre, and his partner, James. Unable to reach her loved ones, Valerie finds memory intruding on a surreal and dreamlike present until at last she connects with Gerard and the final horror of that day.

All That Is Solid Melts into Airに寄せられたリスナーの声