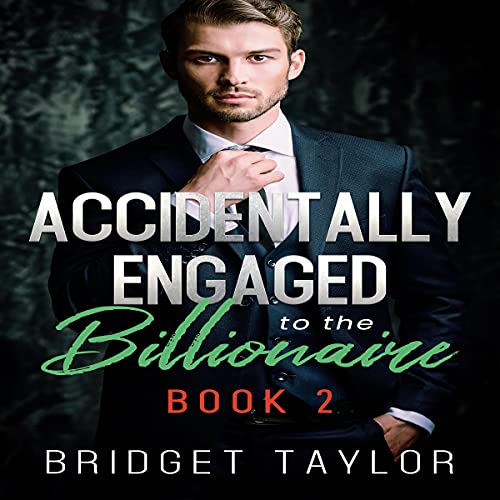 Accidentally Engaged to the Billionaire

Book two of the Accidental Engagement Series by Bridget Taylor

Bridget Taylor is finally back with a new series - The Accidental Engagement Series! It has been a while since her successful releases of The Broken Innocence Series and The Ink Romance Series. At the encouragement of her fans she has finally released a new series. This is her best work yet!

Charles Bentley has been left with the task of planning a wedding on his own, while also fending off his uncle’s attempts to find out that the marriage is a sham. He’s under pressure, and all he wants to know is where his wife-to-be has run off to.

Jane didn’t tell anyone where she went, but it was clear enough for all to know that she didn’t want to be followed. While Charles struggles to hold the fort back home with his uncle, aunt, and his father’s lawyer all breathing down his neck, it’s up to Helena and James to find Jane.

Helena has made her stance perfectly clear on how she feels about James Bentley, but the sudden situation calls on them to spend a long amount of time together. They can’t stand one another, and time stretches before them as they realize that they’re going to have to find a way to stop arguing if they’re going to get home without going insane.

Through the bickering and arguments, will James and Helena find a middle ground that they can agree on? Or will this trip only draw them further apart?

The story of Charles and Jane will blow your mind. Listen to book one if you haven't already.

Enjoy book two of the new Accidental Engagement Series! This series will have you hooked.

Accidentally Engaged to the Billionaireに寄せられたリスナーの声