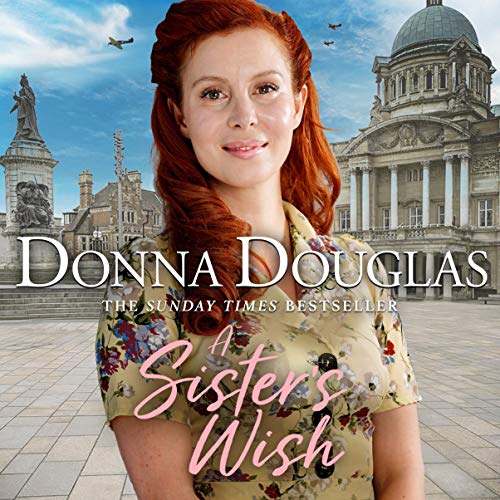 "A fascinating portrait of everyday life on the home front in wartime, with its hopes and hardships, and will leave readers counting down to the next visit to Jubilee Row." (Lancashire Post)

Spring, 1941. The families of Jubilee Row are still reeling from the loss of one of their own, and as the Blitz on Hull intensifies, it seems as if there will be more tragedies to come.

As the street braces itself, Iris Fletcher returns home from the hospital, where she has been recovering after the death of her best friend and youngest child. But Iris has no time to mourn - devastated by the loss of their little sister, Archie and Kitty desperately need their mother.

Meanwhile, Edie Copeland is besotted with her infant son. Being a single mother is hard, but Edie finds support in the form of Jack Maguire who, like Edie, is raising his boys alone. As the pair grow closer, Edie begins to wonder whether they could ever be anything more than friends.

Capable mum Ruby Maguire takes charge as usual, bolstering spirits and lending a hand, as well as trying to keep her flighty sister, Pearl, on the straight and narrow. But the unexpected appearance of a face from her past threatens Ruby's future far more than Hitler's bombs.

For fans of Dilly Court, Rosie Goodwin and Katie Flynn, this is the second book in the Yorkshire Blitz Trilogy from the best-selling author of The Nightingale Girls.

the contained story off family live in grimbys

Donna Douglas at her best!

This second book in the Yorkshire blitz trilogy is in my opinion one of the best books Donna has written. It is hard hitting and brings to life what it must have been like to live through the blitz in Hull. It to catch up with the residents of Jubilee road and meet some new characters. Ann Dover does a brilliant job of the narration once again and brings everything to life. Warning! Box of Tissues on standby espescially for the very end of the book. Can't wait for book 3. Would give this one 10 stars if available. **********