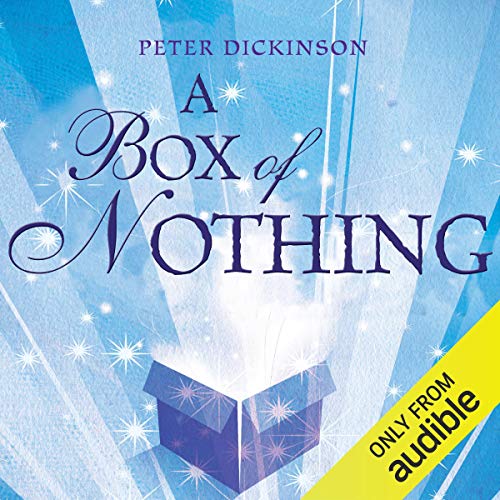 When James hid in the Nothing Shop he didn't expect to find anyone there. It was just an empty shop to hide in for a moment. And he didn't expect to find himself buying a box of nothing, the very best quality nothing (the man said), a bit of the original nothing which was there before the universe began. But from that adventure flowed James's whole adventure on the Dump, his meeting with the odd but friendly creature that called itself the Burra, with the terrible rat-general and with the alarming gull people, until the final race across the desert to the beginning (or the end) of everything.

What did you like most about A Box of Nothing?

It's a short good stand alone story of surreal magic. It leaves open various possible interpretations such as an over active imagination or a trip to another world.

What was one of the most memorable moments of A Box of Nothing?

That would be spoiling it...

Actually, there are several good moments chief among which are when he receives the box of nothing and the exchange with the shop keeper.

What does Gordon Fairclough bring to the story that you wouldn’t experience if you had only read the book?

Gordon Fairclough has a voice which reminds me of a childhood tape of Treasure Island I had. His tone and range of voices is great.