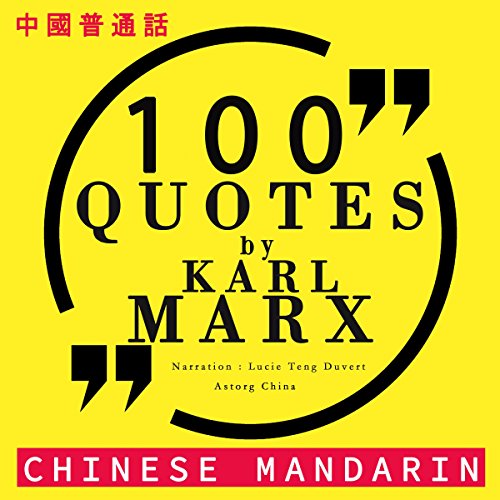 We have selected for you 100 best quotes by Marx. Karl Marx was a German philosopher, economist, historian, political theorist, sociologist, journalist and revolutionary socialist. Marx studied law and Hegelian philosophy. His best-known titles are the 1848 pamphlet, The Communist Manifesto, and the three-volume Das Kapital. His political and philosophical thought had enormous influence on subsequent intellectual, economic and political history and his name has been used as an adjective, a noun and a school of social theory.

A great quote is very similar to a great thinking and a small poem. It can encapsulate a large web of ideas, thoughts, reflections, emotions in a few words. The reader of a great quote is forced to think about what he just heard. He has to think about those words and what they mean. An excellent quote requires the reader to pause to contemplate the real meaning and poesy of a few words. A great thought reaches a level of universality. Quotes hit hard into the essence of being human. The right quote can help us to see some invisible meanings of things or subjects. Take advantage of the knowledge and the intelligence of this great mind !