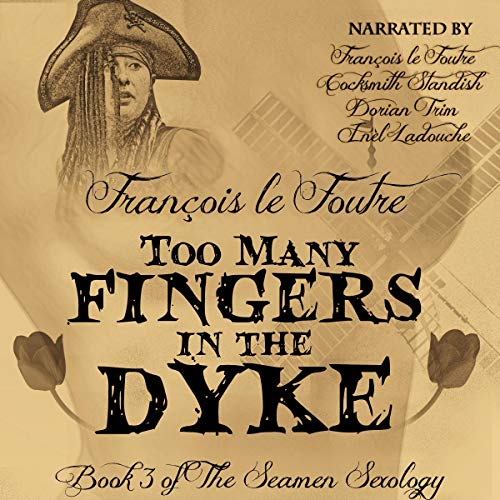 Too Many Fingers in the Dyke is the third book in the banned gay pirate romance adventure series The Seamen Sexology.

The Nether Lands is home to fertile bogs and the Great Dyke Army.

When De Cocksdorp's head dyker Joosie Twaat wakes to find her finger has been sloppily inserted in her own now-leaking dyke, François and his crew immediately come to help De Cocksdorp.

Too Many Fingers in the Dykeに寄せられたリスナーの声