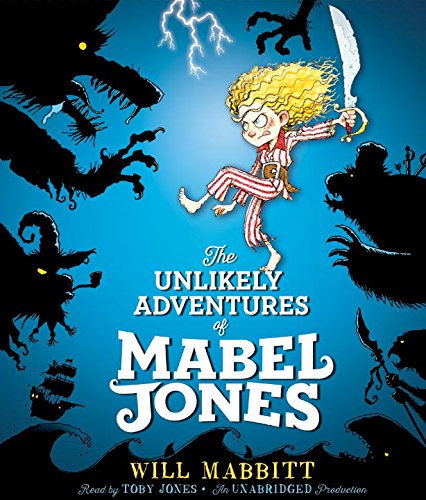 "From the first few sentences, I knew I was in for a uniquely wild and witty ride. If Lewis Carroll were writing for Monty Python, I imagine it might look something like this." (Christopher Healy, author of the Hero’s Guide series)

"First in a series, this comical novel should become a readaloud favorite." (Publishers Weekly, starred review)

Kidnapped, Mabel is forced to serve aboard The Feroshus Maggot with the strangest crew you'll ever meet. And the captain - an odious wolf named Idryss Ebenezer Split - won't let her go until she helps the pirates unlock the treasure they seek.

Mabel's voyage takes her across the Greasy Pole of Certain Death, into the belly of a whale, and underground to a decrepit crypt. And she does it all...in pajamas!

Listen on if you dare. You are promised a most unlikely adventure.

The Unlikely Adventures of Mabel Jonesに寄せられたリスナーの声

ok I loved it